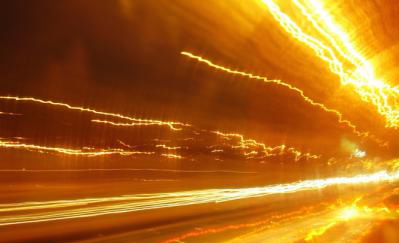 Wave X is the term given by Dr. Simon Atkins to the big wave of electromagnetic frequency prophecied to arrive on the planet during September 2015. The Earth has been receiving bursts of Source light energy in the form of solar flares and gamma rays for thousands of years, but since the galaxy aligned with the Galactic centre of the Universe at the end of 2012, we have been receiving intensified energy waves from Source. The Solar flares emanating from our sun are changing the vibrational frequency not only of Mother Earth, but also that of humanity. It’s said that our consciousness is being expanded and that these electromagnetic frequencies are transforming what scientists call our ‘Junk DNA’, identified as being 96% of our total DNA.

Celia Fenn in her new message, describes this wave of energy we are receiving throughout September, as the ‘Tsunami of Luminous Light’. I think many of you will find this piece of great interest.

Another world renowned Lightworker Patricia Cota Roebels, also says that September 2015 is a critical month for all of humanity, and that we are being given enormous assistance to help us raise our vibration at this particular point in our evolution. Here is as an edited version of her recent message:-

“One of the most astounding things currently happening is the influx of Gamma Rays we have been receiving from what scientists say was one of the biggest and hottest explosions in the Universe. This monumental influx of Light reached the Earth in 2014, and it is still daily and hourly affecting the recalibration of our DNA.

This powerful influx of Gamma Rays was the result of an explosion of a Star that took place more than 12.1 billion years ago. Gamma-ray bursts are not well understood by astronomers, but they realize that they are very important because they are the most powerful explosions in the Universe. These bursts release more energy in 10 seconds than Earth’s Sun will release during its entire expected lifespan of 10 billion years!

The Beings of Light have revealed that …the anticipated influx of Gamma Rays we will receive from WAVE X will shift Humanity’s DNA in ways that will result in the most profound Awakening and return to Christ Consciousness.

On September 28, 2015, we will receive a crescendo of Gamma Ray Light from the Galactic Core. This is a rhythmic pulsation of Light that blesses our Solar System every 3,600 years…This influx of Gamma Rays will reach their peak in the midst of a total Full Moon Lunar Eclipse. The influx of Light from the Full Moon Eclipse will stabilize the Water Element, which composes 80% of the entire Elemental Kingdom and sustains the Emotional Bodies of Humanity. The Water Element is also the Divine Intelligence through which the Love Nature of our Mother God…is tangibly manifest in the world of form.

On September 27-28, 2015, through every person’s I AM Presence, Humanity en masse is going to receive the full power and might of the myriad Gamma Rays from this rhythmic 3,600 year Gift from On High…This is a Cosmic Moment beyond anything that has ever occurred…

I have spoken to many people over the past weeks who have been feeling the effects of the intense energies this month. It helps when we know that it is ‘not just us’, and that we are not ‘losing the plot’ as it were! Knowledge is power. Let’s trust that we have chosen to be here on Planet Earth to take part in this extraordinary evolutionary moment. Let’s harness the unique energies being made available to us, to transform ourselves, and to blast the last vestiges of the old programmes and the old paradigm way of doing things, out of our lives forever.