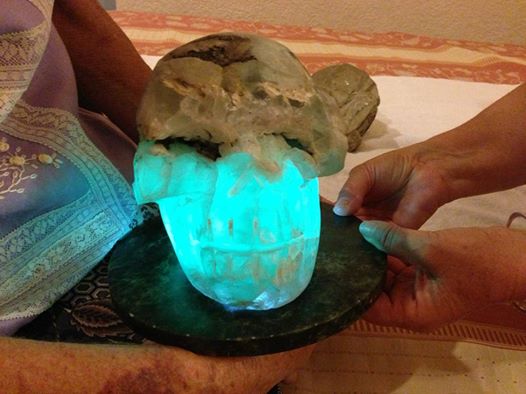 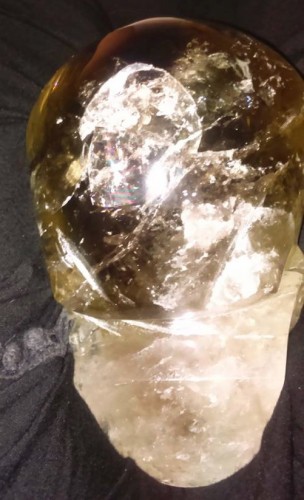 The mysterious Crystal Skulls continue to amaze me. Very recently, one of the ‘Journey of Love’ participants became the caretaker of a magnificent Citrine crystal skull that had been in my care for the past year. Just before leaving for Mexico, the skull communicated to me that it’s work with me was complete and that is was ready to find its true caretaker.

The day after the skull arrived with her in Singapore, Esther sent me a photograph. I was astounded. A new etheric rainbow skull can now be seen like a holographic overlay at the back of the skull. This was NOT there when I packaged the skull up! I believe that now the skull has found it’s true guardian, it is beginning to activate fully in readiness to do important work. The renowned Crystal Skull carver Leandro De Souza, the carver who released the incredible ‘Master Skull Solar’ from the stone once said;-

“A skull always pleads to me for help to be seen – to have their powerful quartz activation revealed. I carved open the face of ‘Solar’ so that he could be seen for this world. But when I opened the face of this skull, he was not yet activated. Sometimes a skull can wait for years to find their guardian, as in the case of ‘Solar’ and Lia.”

I believe something similar is happening here with Esther and the skull she now calls ‘Francis’.

I have seen changes in Crystal Skulls and crystals like this before, but the phenomena never fails to fill me full of awe and wonder. 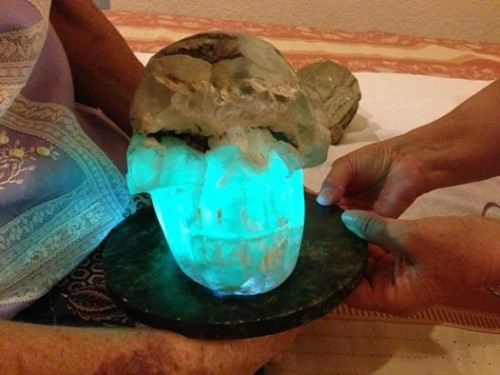 Speaking of mysterious Crystal Skulls….I’d like to introduce you to ‘Grestano – Ancient One of the Light’.

Grestano called me to him in Merida, Mexico, the night before our final ‘Journey of Love’ closing ceremony at Mayapan. Believe me, the last thing I was looking for or desired was another 6-kilo Crystal Skull, to add to my already crystal-laden luggage, just as I was about to trek to Honduras and Guatemala! This incredible Being however, simply would not take no for an answer, as witnessed by my dear friends Stephanie and Jennifer who were with me when I met him!

That night when I sat on the bed in my hotel room and gazed at him, I found his intensity and penetrating power almost overwhelming. This overwhelm was accompanied however, by a clear knowing that he had drawn me to him for a very specific purpose.

On waking next morning, this Being transmitted a message through me in English which was in itself unusual, as messages usually come through me in Light Language. Here is part of what he said:-

“I am Grestano. I am an Ancient One who has not been on this planet for a very long time. I have been waiting eons to return. I have chosen you because you have a pure heart. I was here many eons ago when this planet was first being seeded and I assisted with that.

I come back now to assist with the reconstruction of the Light Grids, so that the planet can lift to new dimensions of Light. I have been waiting for you. Thank you for recognising me. I am Grestano, Ancient One of the Light.”

I am still in awe each time I look at this unique and powerful Being, and in deep gratitude that he has come into my life. 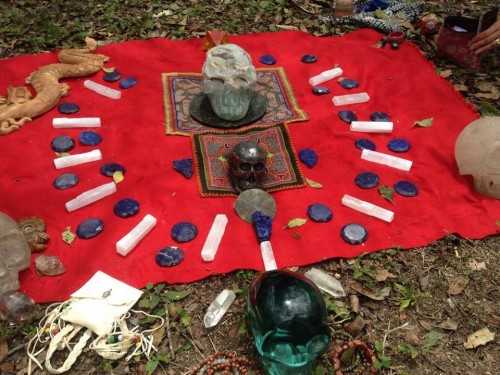