The Fairy Tree That Moved a Motorway.

Those of you who believe in the existence the Irish Faerie Folk the Sidhe (Shee), will I think love the following story from ‘Save Irish Fairy Forts’, about the highway in Limerick that was re-routed to preserve a Fairy bush. I first heard the story on a documentary on Ireland, in which Simon Reeve interviewed Eddie. They stood on a flyover above the highway, and you could quite clearly see the pronounced kink in the road where it seemed to have been diverted to avoid the tree! A local county engineer claims otherwise but I think the visual evidence very compelling!

The Fairy Tree That Moved a Motorway.

“The power of local beliefs in Fairy lore is well illustrated by this little tree that perhaps forced motorway builders to change the route. A Fairy Tree is usually a Hawthorn that stands alone in a field, on the side of a hill, by a stream, or on a Fairy Fort. They are believed to have special significance to the Daoine Sidhe (Fairies) and local people avoid damaging them, in respect and fear of the wrath and vengeance of the trees protectors.

The story goes that the upgrading of the National route from Limerick to Galway was delayed, rerouted and eventually opened nearly 10 years after it was supposed to have started. Part of the reason for the delay, was an objection raised by local man, folklorist Eddie Lenihan, on the grounds that this Fairy Tree marked the spot where the Fairies from the province of Connacht meet the Fairies of Munster, in times of battle between the two forces. He went on to say, that damaging the tree would bring on the wrath of the Fairies not only to the construction workers, but also to motorists driving over the former location. 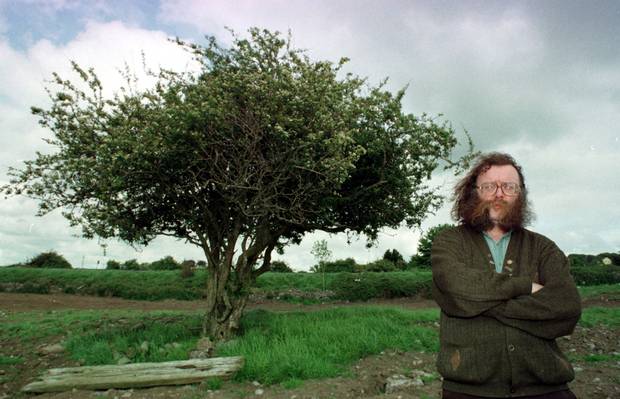 This tale was covered by National and International media, and a decision was made by Clare County Council to fence off the tree to protect it during the works.

A letter to the Irish Times after the motorway was built from former Clare county engineer Tom Carey, states he oversaw infrastructural development, including the motorway, in the county. He goes on to say that the motorway was not rerouted to avoid the tree, and more or less suggests it was kind of coincidental, that the chosen route missed the fairy tree. So they just fenced it in anyway. 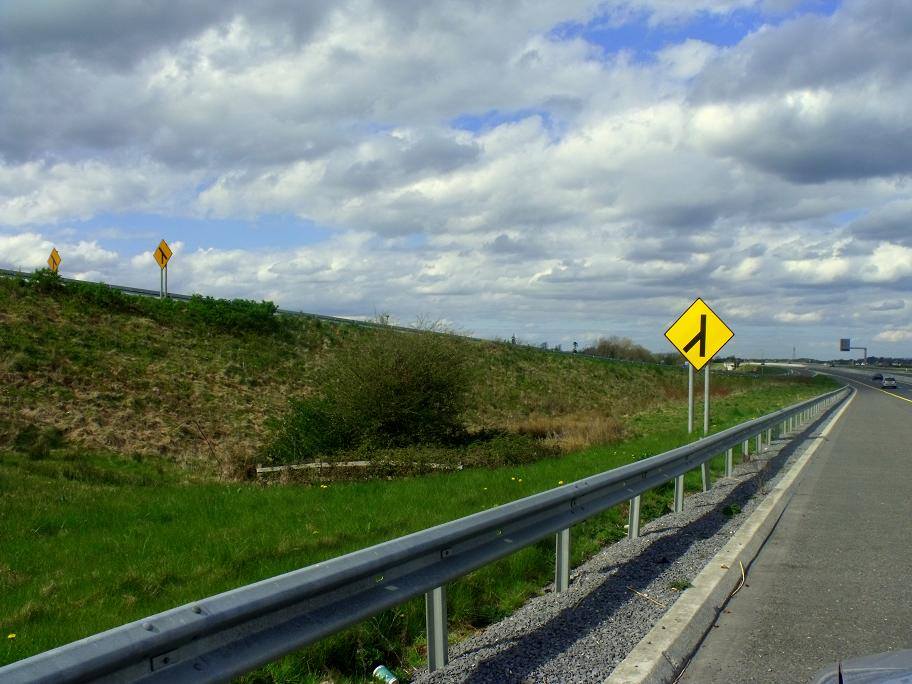 He recounts the dreadful incident after the motorway was opened, where the tree was attacked with a chainsaw, and states, the assault did not succeed and thankfully the tree co-exists today with the motorway.

Coincidentally, before construction began, the same engineer stated “We have surveyed it and we do find that it is in a location where it is possible to work around it.” Also, coincidentally, the area all around the tree was archaeologically excavated, and despite all of the heavy machinery and the digging, the immediate area of the tree was left intact and not damaged in any way.

Not everyone is enamoured by our folklore tales and stories of vengeful fairies. When writing articles like this we have sometimes received angry rants about superstitious nonsense holding back development, and making the country a laughing stock. I think for some that have lost touch with nature and their spiritual connection with the island, the old beliefs are perhaps not pretentious enough, and maybe moving a motorway route a little bit to avoid damaging a fairy tree might be an embarrassment in their materialistic, sophisticated, high tech world.

Likewise, we cannot be sure what conversations went on in the planning offices and amongst the builders, but remember, developments such as motorways usually have several proposed routes, and whatever the reason, wasn’t it a wonderful coincidence that the one they chose, just happened to avoid the Fairy Tree.”