The Discovery of A Lifetime 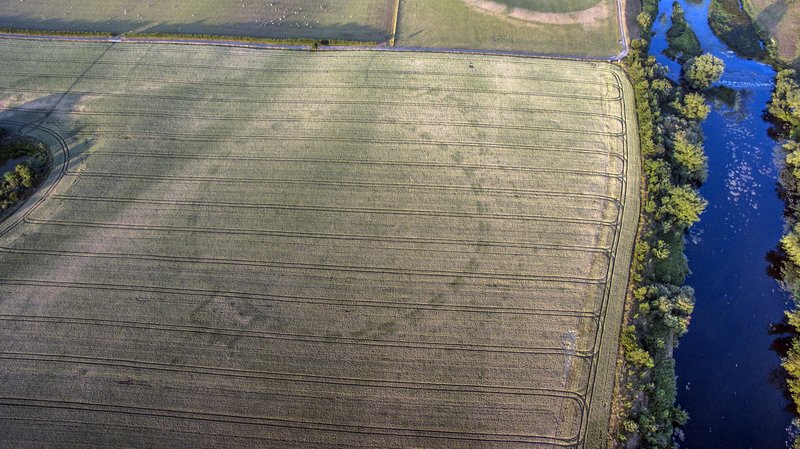 Some incredible news! On July 10th, our ‘Mystical Ireland’ expert guide, author Anthony Murphy, made the archeological find of a lifetime while flying his drone over the World Heritage site of Bru Na Boinne in Co Meath. Due to the unusual recent heatwave, the earth gave up a treasure – the discovery of huge Neolithic Henge, dating back to around 2500 BC! RTE in Ireland covered the story, describing the find as ‘very significant’.

“The henge, which could measure up to 200 metres in diameter, is believed to have been built some 500 years after Newgrange, which dates from 3,000 BC.

The drone that captured the image belongs to historian and author Anthony Murphy, who has been recording and writing about the Boyne Valley for many years.

He said: “The weather is absolutely critical to the discovery of this monument. I have flown a drone over the Boyne Valley regularly and have never seen this.”

“So when that crop is harvested all surface traces of this monument will vanish and we may not see this monument again for two or three decades depending on when we get another prolonged dry spell like this.”

Archaeologist Dr Geraldine Stout, who has written about henges, said: “I believe Newgrange is just the centre of a much larger sacred landscape and I think there was a whole series of facilities built for the pilgrims coming to Newgrange in prehistory.

“Generally we believe these henge monuments were built up to 500 years after the main use of Newgrange and in a lot of cases they actually enclose the area of monuments.”

The field where the discovery was made is privately owned and there is no public access at present.

Huge and heartfelt congratulations to Anthony! Having dedicated the last couple of decades to researching, photographing and writing about the Bru Na Boinne site with such care and integrity, and sharing his in-depth knowledge of this extraordinary ceremonial and historic landscape with others, there is no-one more deserving of this exciting discovery than him. So proud of you Anthony!

Here below is Anthony’s video of the discovery of the Henge, situated near the ancient passage tomb of Newgrange in Co Meath, which itself is a thousand years older than the Pyramids in Egypt and 500 years older than Stonehenge. It’s now believed that the Boyne Valley has the largest concentration of late Neolithic henge monuments anywhere in the world.

Incredibly, just days after Anthony Murphy’s find, archaeologists made another huge discovery close by, uncovering the remains of a massive passage tomb. TheJournal.ie published an account of this on July 21st 2018, with an accompanying video interview with the site’s archaeologist.

Recent weeks have been some of the most exciting in years for Irish archaeologists studying the area around Newgrange in Co Meath. You might expect the area – a Unesco World Heritage Site – to be so well documented that everything of note has turned up, but it has yielded yet more fascinating discoveries. First, drought conditions in the area started to reveal shapes in fields, suggesting the presence of previously unknown enclosures or henges right on the footsteps of Newgrange. Mythical Ireland’s Anthony Murphy and Ken Williams of Shadows & Stone photography found two henges using a drone, located right beside Site P, an already documented site. Murphy described it as a ‘mind-blowing’.

Days later, archaeologists working on lands bought by agri-technology company Devenish revealed that their separate excavations had uncovered the remains of a massive passage tomb at Dowth Hall. The site is still being excavated, but unfortunately much of it was damaged and disturbed the construction of the 18th century building that towers over the site – this includes a underground tunnel for servants cutting right through a part of the tomb. On top of all this, a team are conducting the first dig on the floodplains in front of Newgrange for more than 30 years, although their findings have yet to be revealed as the excavation is still underway.