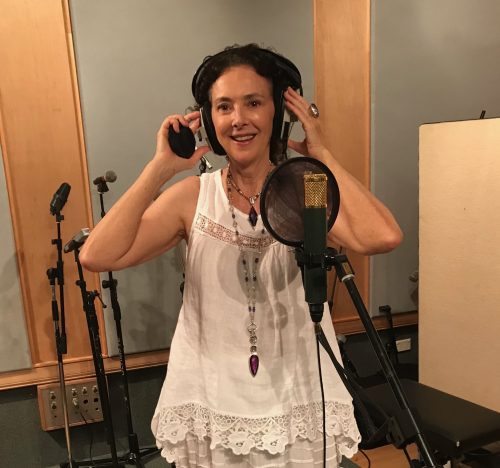 With trust that the Sidhe would find the abundance necessary for me to complete the ‘Song of the Sidhe’ album project, I decided to forge ahead in the faith that all would be well. As such, I’ve already been back in the Recording Studio several times since Christmas and am delighted to say that album is now  well and truly taking shape!

As of January 25th, thanks to the support of some beautiful and generous souls, the recording aspect of my target is close to being met! This has allowed me schedule a return to the studio on Monday February 5th, and I hope that by the end of that week, I will have completed the recording, and may even be close to a final mix of the new album, which is incredibly exciting!

To date your Funds have helped to pay for:

Please stay the course with me…
When the recording itself is complete, there are a whole other raft of very substantial expenses involved in releasing the music to the world and letting people know of its existence. These costs amount to approximately the same as the recording costs. Any and all additional monies donated will go towards:-

Going to all the effort and expense of creating a new album is a somewhat fruitless task if people don’t know the music exists! Radio promotion is what gets you airplay; airplay hopefully gets you into the charts; getting into the charts is what qualifies you for entry for the various Awards etc. The multiple award nominations garnered for my last two award-winning albums ‘Crystal Keys’ and ‘The Luminous Pearl’ were the result of hiring a Radio promoter who got the albums to radio stations across the USA. That resulted in airplay which got them into them both into the Top Ten in the genre’s Radio charts.

The more people ‘Song of the Sidhe’ reaches, and the more of humanity who become aware of who the Sidhe are, the more rapidly the portals between our worlds will open, to allow balance and harmony take hold upon our Earth. The magic and the energy of the Sidhe are embedded in the frequencies of the music being created. This music is designed to trigger remembrances in those who hear it. It is designed to Awaken, to Heal, to Inspire and to invoke Joy.

Any support you can offer to bring ‘Song of the Sidhe’ to the attention of the world therefore, would be deeply appreciated by myself and the Sidhe. If you could spread the word and share the campaign link  with your friends, family and other like-minded souls, that would be awesome!