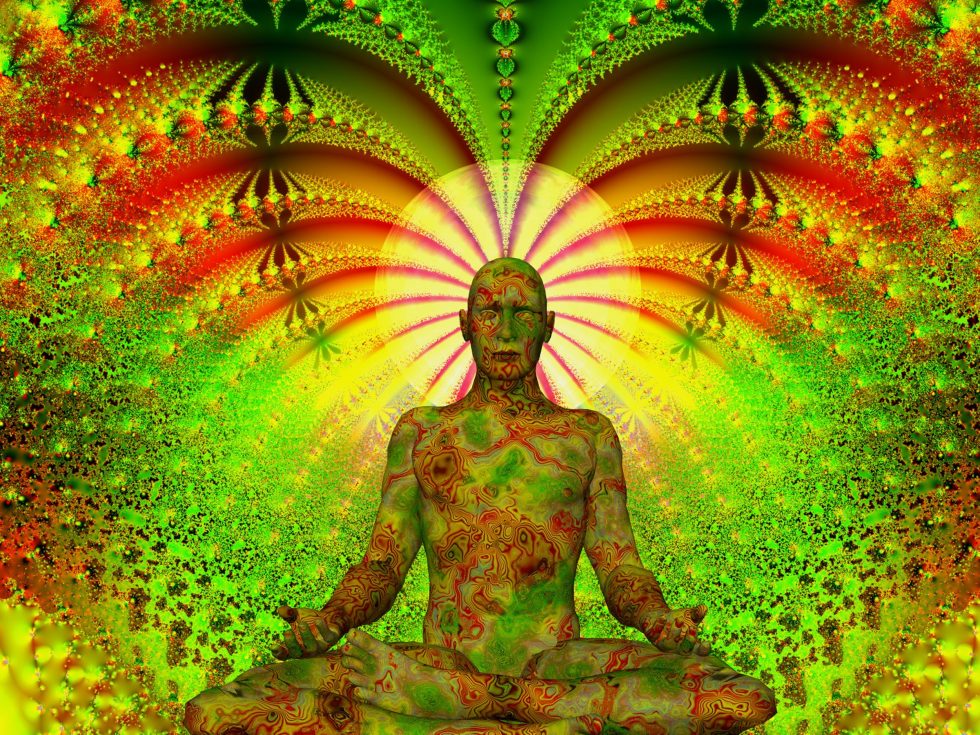 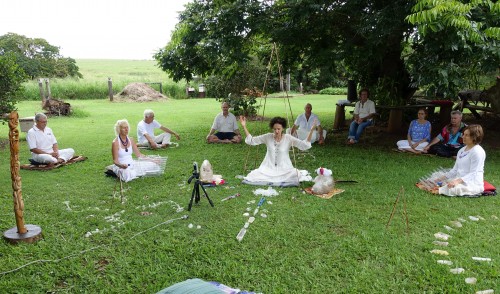 Thank you from my heart to all of you from across the globe who joined our sacred ceremony last Wednesday, to receive the Galactic download of energy made available to us. It was a powerful and beautiful day on the mountain in Yungaburra, and from the communications I’ve received, it seems it was just as powerful for many of you too.

As a gift of gratitude to all who took part, as well as a desire to offer the opportunity to all who were unable to tune in, to experience the energy of that day, I have released a Free Download video clip of the actual Transmission. There are two versions – a 4-min one for when you want to tune into the energy but don’t have much time, and a 27-min version for those times when you wish to immerse yourselves deeply in experiencing the full Activation. Although this Transmission may not be professionally recorded, I trust that the energy will reach you in the way it is meant to, and that it will provide a catalyst for the Activation of your soul’s Original Blueprint.

As always, Spirit had the last word in fine-tuning the setting, the number of attendees, and the timing of the gathering! A Divine plan became clearly evident in the detail!

The exact time of the Galactic download was 17.03 UTC. Having done a painstaking search for the conversion time, I was sure I’d got it right when I translated this to 3.03pm Yungaburra time on the 25th. Nonetheless, I was clearly guided to schedule the Transmission for1.11pm. Before I was aware of the UTC time my first instinct had been to start at 11.11am. With the added information however, and factoring in that the energy would be as powerful a couple of hours either side of the exact UTC time, I finally settled on 1.11pm so that I would be transmitting closer to the time of the energy download.

Many people wrote to say that they would be joining in, including a lady from the UK who alerted me to the fact that my time conversion was in fact incorrect! 17.03 UTC it seemed would be 3.03am Thursday morning Australian time, not 3.03pm Wednesday! After a fleeting moment of panic, I immediately ‘knew’ that this blip had occurred for a reason. This ‘knowing’ was so strong that I didn’t even for a second, think about changing the time. My instincts told me that we were to be the ‘advance guard’. Confirmation of this came right away when several other messages that morning informed me that 1.11pm in Queensland, would translate to 11.11 in various places across the globe, including New York, China, Hong Kong, Singapore and Perth. The numbers 11.11 are considered by many to constitute an energetic Gateway or Portal.

‘Co-incidentally’ I had a meeting scheduled for later that morning with world-renowned UK medium, Cassandra Eason. Cassandra immediately confirmed my hunch that the chosen timing was the right one when she channelled the following;-

“Archangel Razial is the angel of the Number 11 – the Archangel of Mystery’. He’s the one who gave the Book of Wisdom to Soloman. It is his wish that the timing reflect these particular numbers because of what needs to be done. He’s saying that there are others who wish to open the portal, but they will be held back by ego. That is why you have to make the way. For whatever reason, you have been chosen as the Way-Opener. If you had aligned with the others, the energies would have dragged back.” 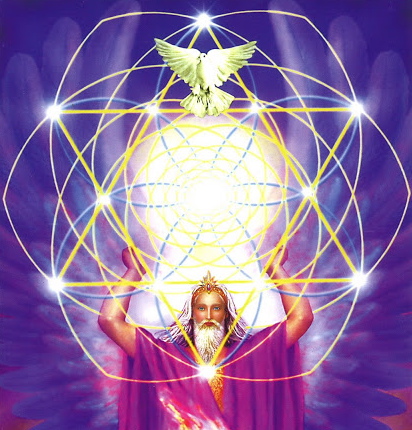 According to the Starseed Academy Archangel Raziel is guardian of the ‘Secrets Of God’.

“Raziel knows all the secrets of the Universe and is a powerful wizard. Raziel can help you understand esoteric material, manifestation principles, sacred geometry, quantum physics and other high-level information. He can also open you up to higher levels of psychic abilities and increase your ability to see, hear, know and feel divine guidance. Like a Divine wizard, Raziel can also assist you with alchemy, clairvoyance, and divine magic.”

How incredibly appropriate that this Archangel of esoteric matters, quantum physics and sacred geometry was over-seeing our activities on the day, particularly considering the predominance of the sacred shapes we had been guided to feature in our set-up for the Trassmission…the Phi pyramid within which I sat, the Lemurian Seed Crystal Cuboctehedron mandala, the Star Tetrahedron hanging from the tree, two other smaller Phi pyramids at the centre of crystal mandalas, and the five Master Source Stones which are 10-sided Decagons.

“There’s your confirmation” she said. “You don’t get clearer than that. This is why it’s so important that you have the ceremony in advance.”

One more confirmation of the pivotal energy of the ’11’ was gifted just before the ceremony began. There were supposed to be 13 of us present for the Transmission that day, but at the last minute due to unforeseen circumstances, two people were unable to attend. The final number in our group therefore, was 11. Archangel Raziel it seems, was determined to have his way!

Under the creative guidance of Wendy Everett who is a superb crystal grid maker, and mandala artist Clive Walters, the Earth at Brolga’s Pass was adorned with several very beautiful Lemurian Seed Crystal and Selenite Crystal grids. 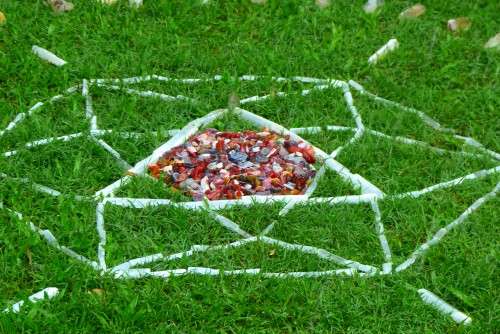 Several of the mandalas featured sacred geometry sculpture in copper made by Bob Matthews who was one of our group. Bob also constructed the special Phi pyramid within which I sat to do the Transmission. 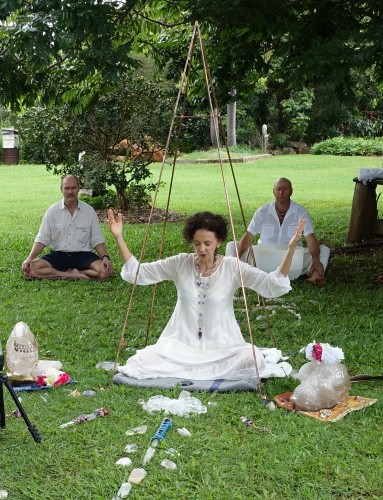 On my right sat ‘The Master Skull Solar’ radiating joy… 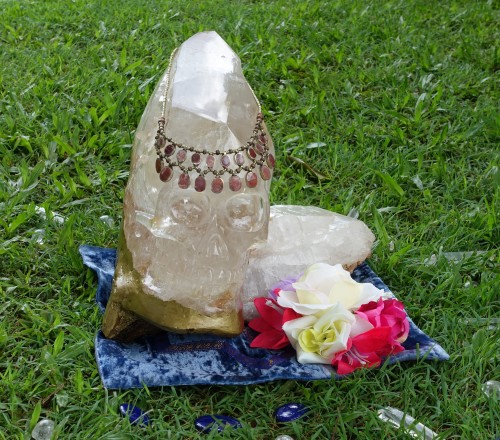 And on my left, the divine ‘Illita Singer of the Songs’ 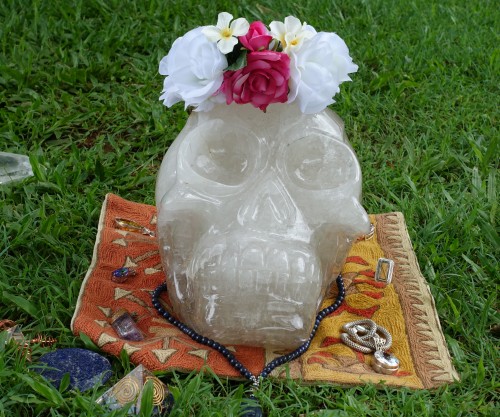 At exactly 1.11pm we 11 sat in a circle on Mother Earth’s body. There, inside the Golden Mean pyramid, cocooned within the pure tones of two crystal lyres and a mother crystal bowl, I opened to receive the download of Light Codes being made available by the major astrological and planetary alignments of this day. You will see in the clips below that as the Light Language Transmission coming through me crescendo-ed, so too did the wind, the birdsong and the cicada chorus! And when I turned my face to the sky as the sonic download rose to completion with a powerful soul song, the skies opened and a downpour of tropical rain descended, accompanied by a burst of renewed birdsong! It was a moment of sweetness and great joy – a blessed, beautiful and tangible sign of confirmation that the Portal had indeed been opened, and that our work was done. 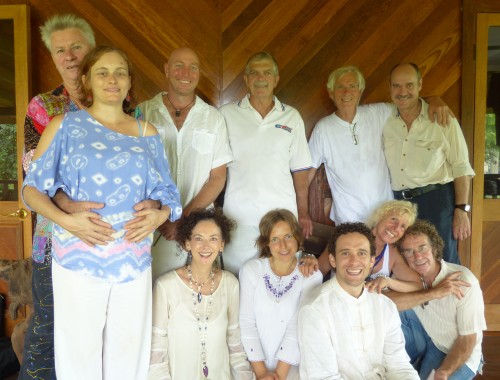 The day after the event, my friend Sarah Mc Croskey of Human Spirit Radio in the USA forwarded me Celia Fenn’s piece ‘The Sirius Transmission and the Multi-Dimensional Light Body Upgrade – Golden Age of Gaia.’ This article beautifully echoes the purpose of our ceremony and provides further confirmation of the importance of the Transmission from Source, brought through at Brolga’s Pass. We were right on track!          Read Article

It was very special to hear from so many people both before and after the event, who felt strongly called to join with us remotely…including some who set their clock to get up in the middle of the night to do so. 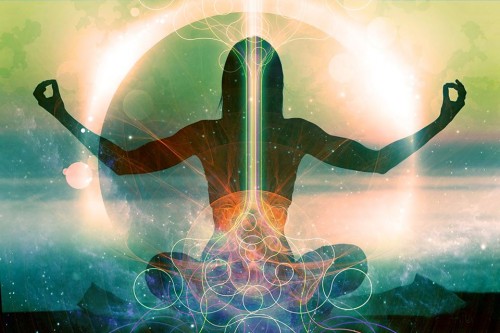 “Greetings from the green isle of Ireland. My hair was standing on end and there are goosebumps still there as I read your note about the galactic energy infusion to come on Wednesday. All I know is that I need to set up the alarm to be there.”
Ziggy – Co Tipperary

“I will be teaching in a school at the time of your meditation so I will take my Source Stone and connect in with you, and radiate the healing energy out everywhere.”
Jan Winsdale

“Confirmation for me too; after what I shall call a day of ‘Divine Chaos’ yesterday, leading to release, insights, letting go and healing for many…your music played though much of this too.”
Ashtara Ra – UK

It was very special to connect in Lia and to have the time to just be. The energy was bliss, though felt absolutely exhausted afterward. Very different within myself today, feels like blocks have been cleared in our new house on the Sunshine Coast too. Thank you for your beautiful work.
Susie Joy Coombes 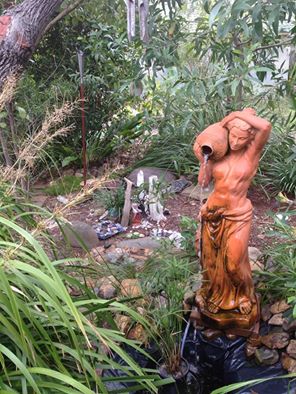 “I did indeed connect with you and the celestial frequencies via your music & meditation. From around 1.30pm onward the heightened frequencies were most palpable and were at their most intense between 3pm & 4.30pm. Thanks for the valuable updates Lia, I appreciate your commitment to assisting us all in our goal toward ascension.
Amanda Lawrence

“It was truly beautiful to connect in to this very powerful transmission….deep gratitude to all the beautiful souls holding such sacred space.”
Tanya Allison

“I had the most powerful, healing, amazing time travel meditation. I have never experienced a meditation such as this. It was very powerful and special, I had with me my two crystal skulls and my  Source Stone on my altar – very powerful.”
Nay Jean Crystal

“I connected in from Gympie and had beautiful 3-hour meditation with  my crystal skull Thorus, my Source Stone and your music. Thank you it was beautiful…
Cherie Anderson

“I laid out my grid and did my bit.”
Andrena Forrest

Many others created their own crystal grids too. Kylie O’ Hanlon from Melbourne got a bit of a shock when she dismantled her Source Stone, Sidhe Pyramid and Copper Generator grid. When she lifted her brand new Sirian Seal which she had placed in between her Source Stone and Copper Generator she found that it was bent out of shape! What a stunning demonstration of the power of the energy being downloaded from the Galactic Source! 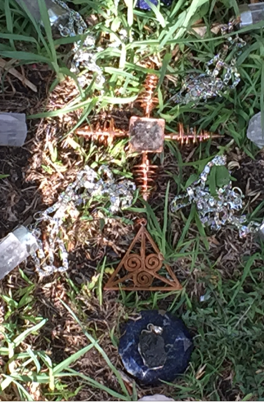 Thank you one and all for being part of this special ceremony, whether you connected with us on the day, or choose to do so now in retrospect, by experiencing the download by watching the following video. Time knows no boundaries…I believe that if you set the intention and sit with an open heart, the energies gifted from the Galactic Source on February 25th through the unique planetary alignment, will be available to you each time you watch. Interestingly, March 2015 is an ’11’ month in numerology, which means the energy of the number ’11’ so potently present in connection to this Transmission, will continue unabated over the coming weeks!

May the gifts of Self-Love, Joy and the realization of your own Divinity reveal themselves to you from deep within, now that we have entered the New Age of Wisdom. Let us make a vow to ourselves and to each other, to embrace all that we are, and all that we are becoming.

Much Love and many Blessings.
Lia