For Your Consideration
in the 2020 COVR Awards 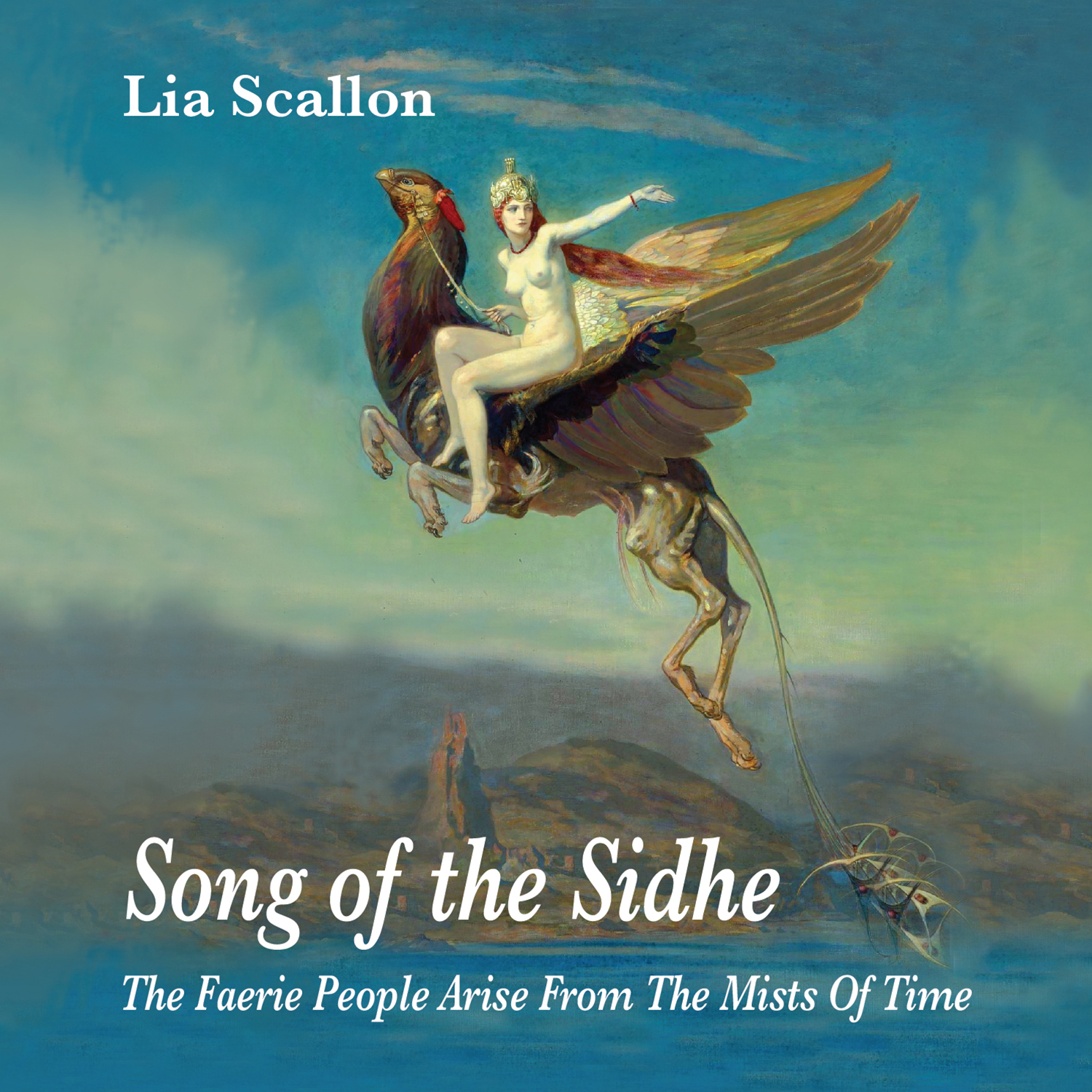 Song of the Sidhe, the new album from multi-award winning Composer/Singer Lia Scallon, takes the listener on a journey deep into the mysterious and magical Celtic otherworld. Supported by an impressive array of world-class musicians on eight exquisite original compositions, Scallon gives voice to Queen Tea Tephi, queen of the mystical Faerie People, the Sidhe.

Who are the Sidhe?
The Sidhe (pronounced Shee) are descendants of the Tuath De Danann, a peace-loving, ancient Irish race, driven underground by the Milesians to become the people of the Hollow Hills. In Ireland, the Faerie People with their magical powers, are seen as neighbours, and the veil between the Faerie and Human worlds is thought to be gossamer thin. Song of the Sidhe is the Faerie Kingdom’s clarion call for us to reunite with them and the Great Web of Life, in order to heal our broken world. As the human heart responds with Love to the music, the portals between the Faerie and Human worlds will open, heralding a new era alive with magic, and mystical blessings.

Already honoured with multiple awards since it’s May 2018 release, many renowned New Age Music reviewers have declared Song of the Sidhe to be an exceptional album.

“Lia Scallon’s outstanding and glorious new release, ‘Song of the Sidhe’, is best listened to in it’s entirety first, to allow all that has been created to sink in. Scallon’s vocals are so moving, so passionate and so deeply felt, that they will move you to tears of absolute bliss. The mystical majesty is literally stunning. I found it difficult to move whilst listening to one of the most powerful and inspiring pieces  ‘Stone of Destiny‘, and nearly forgot to breath!  ‘Song of the Sidhe’ is by far Lia Scallon’s best work. Albums like this are a complete treasure. Brilliantly produced, lovingly created, it is an album that demands to be part of the top shelf of your musical greats.”    Read Full Review
Steve Sheppard – One World Music

“Lia Scallon’s ‘Song of the Sidhe’ is a stunningly crafted, richly and deeply textured recording, featuring the artist’s amazing vocal talents as well as a host of instrumentalist guest artists. Trying to encapsulate in my brief available words, the magic contained in this album is impossible. Powerful but also sublime, the music and vocals are beguiling in their beauty.”
Retailing Insight Magazine – USA

“Celestial songstress Lia Scallon, long acclaimed for her unique vocals, visits the world of the People of the Mounds. On her new Celtic foray, ‘Song of the Sidhe’, the secrets of the Otherworld are revealed on eight tracks of haunting, breathtaking music with whispery vocals and lush instrumentals. This is a record that you can put on and just disappear in the music, whether you be human or fairy-folk. Scallon’s crystalline voice has the resonation of signing bowls; the vocal floats in the air like some diaphanous mist. You can feel the magic.”   Read Full Review
R J Lannan, Zone Music Reporter

“As she did on The Luminous Pearl, vocalist Lia Scallon, redefines New Age vocal music on ‘Song of the Sidhe’, a concept album rooted in the mysticism of the land of Faerie. Supported by world-class musicians, and singing in the language of the Faerie kingdom itself, Scallon transports the listener into the realm of myth and legend, suffused with beauty, sadness, and a sense of urgency, brought alive through beautiful music and haunting vocals.”
Bill Binkelman, Zone Music Reporter

“Scallon has produced a magical album that will tug deeply at your heartstrings. Be sure you reserve a full hour to do your first listen to this album, so you can absorb all the magic of this wonderful musical experience.” Read full review
Contemporary Fusion Reviews

“Lia Scallon’s previous two albums received many awards and nominations. I would expect ‘Song of the Sidhe’ to be just as successful.”  Read Full Review
Kathy Parsons – Mainly Piano

The Faerie People Arise From The Mists Of Time

For Your Consideration
in the 2020 COVR Awards