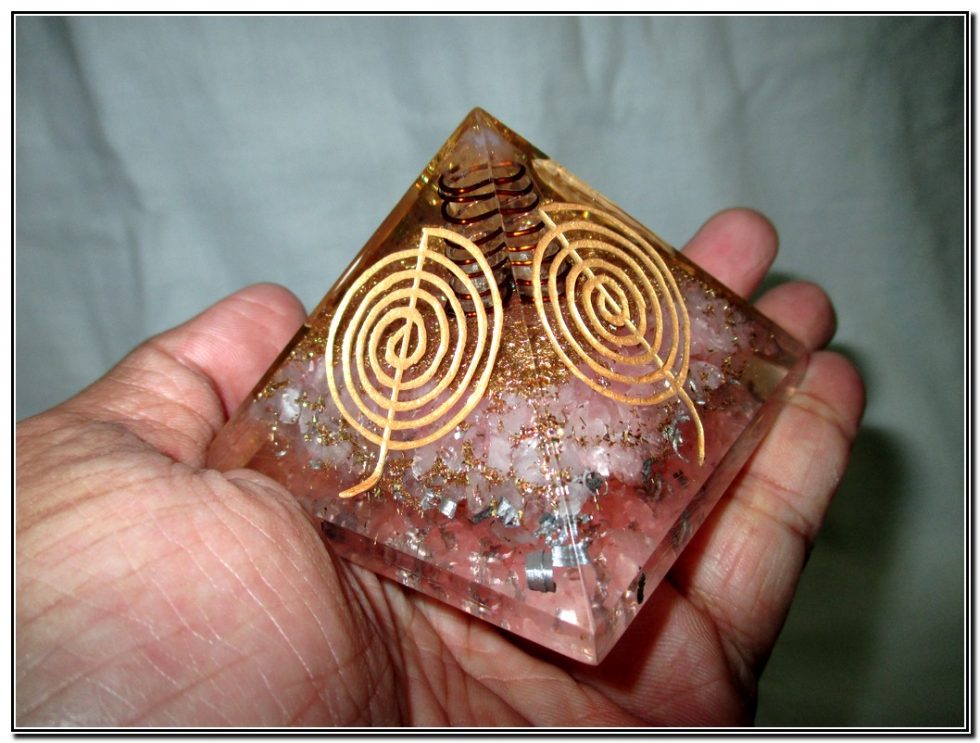 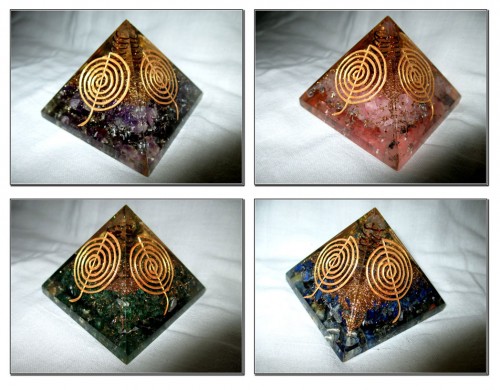 The ‘Sounds of Sirius’ Orgone Pyramid with its layer of powerful gemstones and a clear quartz generator crystal wrapped in copper like a tower at its heart, can best be described as a transmitter of Universal Light Energy. The crystals, chosen for their energetic properties, are encased within a special resin laced with gold, silver, and copper which amplifies and pushes the etheric energy to the capstone of the pyramid, and from there outwards to the user and the environment.

Each pyramid features a magnificent gold embossed sacred ‘Sidhe Spiral’ on all four sides as well as a copper spiral on the base. ‘Sidhe’ is the Gaelic name for the fairies in Ireland. Descendants of the Celtic gods, this noble, almost human-like race of great beauty and powerful magic make their home near the lakes, mountains and forests. Having experienced a profound connection with the Sidhe while in Ireland in October 2014, Lia was guided to have these Organite pyramids custom made with the Sidhe Spiral, a powerful glyph gifted to humanity by the Sidhe themselves.