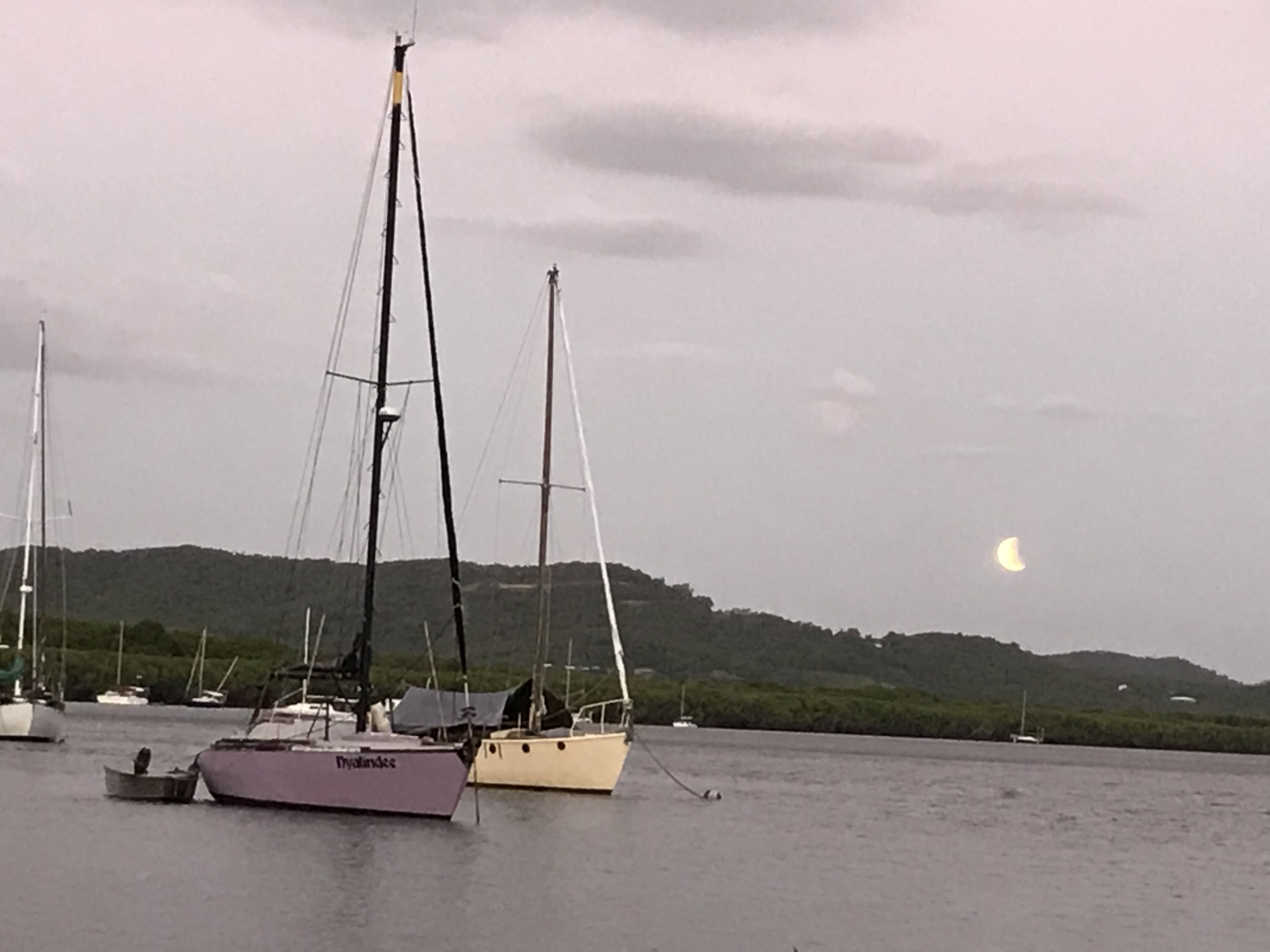 How lucky was I to be in the remote fishing village of Cooktown, on the Eastern seaboard of Australia, early morning on the day of the July 17th, to witness  the powerful Lunar Eclipse! As the moon sank beneath the hills fringing the pretty harbour, I found myself drawn, almost running, towards the far end of the long esplanade, having no idea what I would find there.

I laughed out loud when I rounded the corner, for there resplendent, bursting through the morning clouds, was a magnificent rainbow-ringed, rising sun. 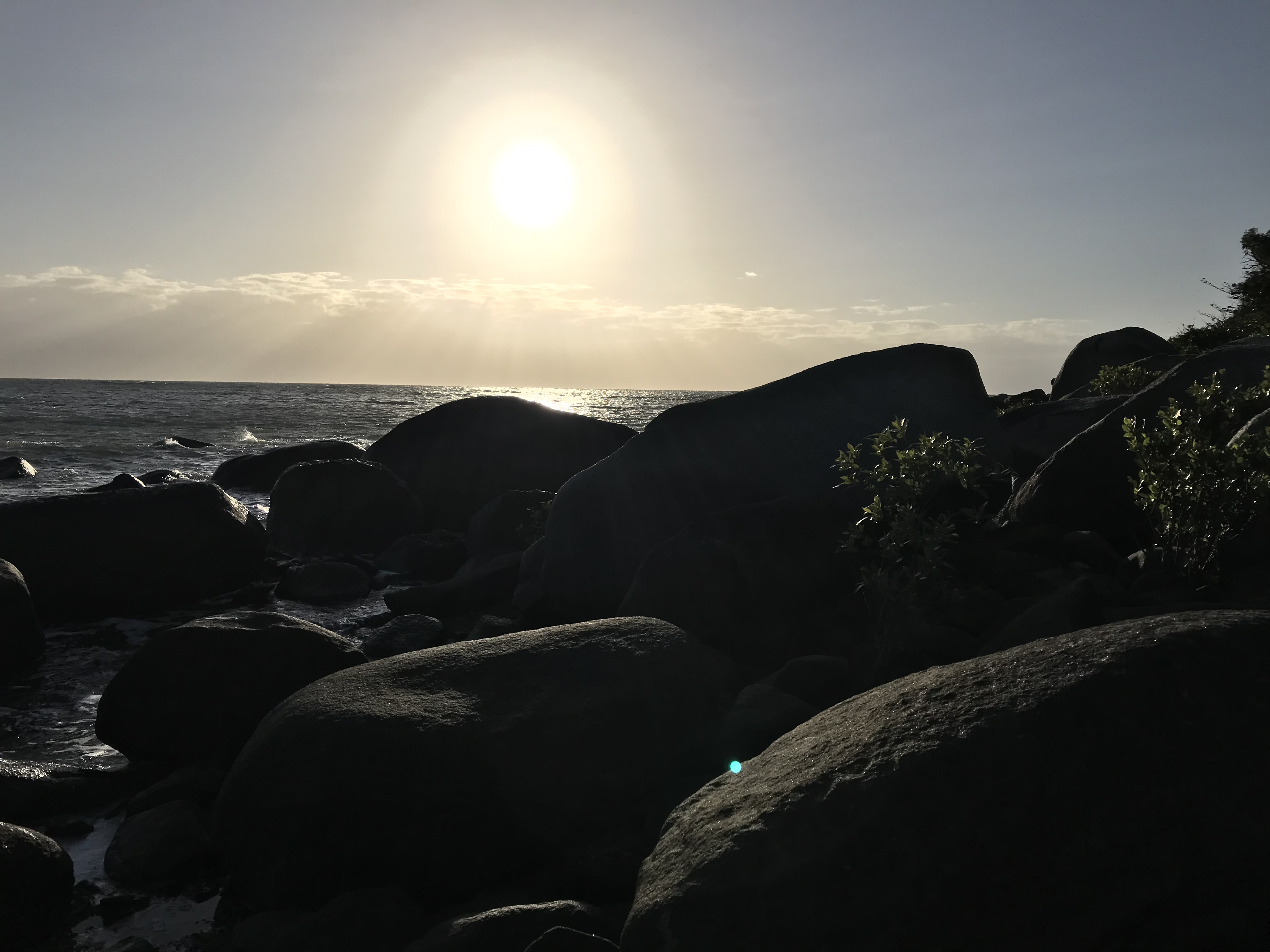 Massive black granite boulders, were strewn along the foreshore like some ancient Stonehenge. Each one oozed personality. Some looked like sleeping giants waiting for the sun’s rays to awaken…

Others, like breaching whales or other sea creatures, rising from the deep to pay homage to the great solar god.

There was something else that tangibly explained the powerful energy I felt emanating from this landscape. Some of these massive Stone People were shot through with deep bands of solid Mother Quartz!

To be able to rest upon these crystal bemouths that have been anchored on the earth for millions of  years, and soak up their powerful pristine energy, was truly special.

Encased and embraced by this circle of ancient Stone People, witnessing the daily miracle of the rising sun on such a powerful planetary day, felt like an incredible privilege. There is no more awe-inspiring temple than that created by Mother Nature herself, from which to send prayers and aspirations for oneself and the entire human family, out to the cosmos.