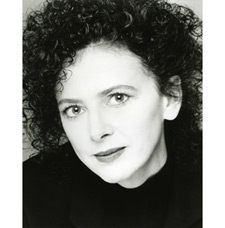 As one of eight siblings from a sleepy village in country Ireland, award-winning, composer, producer and singer Lia Scallon never imagined she would end up living on the other side of the planet in Australia, any more than she envisioned a career as a performing artist, first as an actress and then as a singer! Perhaps two tracks on her album The Luminous Pearl may offer a clue to this unexpected unfoldment, when they suggest that we are all ‘Dreaming the World’ into ‘Being’.

Lia’s dream was seeded at age 11 when her passion for acting was first ignited. As a painfully shy child, cast in the role of Herod in the school Nativity play, a whole new world of cathartic, creative and emotional expression was suddenly opened up to her. This passion took her to Trinity College Dublin to study English Literature, before joining the ranks of freelance actors in the thriving Dublin theatre scene. It was a passion that burned bright for several years, with some wonderful highlights, including sharing stage and screen with acting luminaries such as Liam Neeson, Cate Blanchett, Glenn Close and Frances Mc Dormand.

The same adventurous spirit that lured Scallon into acting saw her move to Australia, a decision that changed the course of her life. It was a period of ill-health however, that became the catalyst for a total shift in focus and led to a ten-year inner journey that included the study of many and various healing modalities. Lia describes the first years of this period as her ‘dark night of the soul’, a time when she found herself challenging every belief, practice and opinion she’d grown up with, in order to discover her own deepest truth.

A beautiful gem was revealed from this period of soul-searching, with the emergence of a new gift of creative expression. Lia discovered a facility for composing sacred songs that she found to be deeply moving for herself and others. Accompanied by a unique Language of Light, these songs seemed to have an immediate and powerful ability to bring comfort and healing to those who heard them. Initially, Lia shared her songs on a one-to-one basis in her healing practice in Sydney, until in 2002, she released her first Sounds of Sirius album, Song of the Earth, so that more people might experience the healing energies within her music.

The Sounds of Sirius CD recordings have been described by reviewers and listeners, as a unique sound healing modality that people can use in the sanctuary of their own home. Several of the albums are one-track, hour-long compositions intentionally created to lead the listener into an ever-deeper meditative state. Featuring Lia’s celestial and ethereal melodies, interwoven with her softly spoken, mysterious Language of Light, these musical meditations are designed to take the listener on a transformational journey into their own inner world.

Many in New Age circles believe that one of the exceptional gifts of particular music, is its ability to unlock the consciousness of those ready to awaken to their deeper spiritual nature. Lia describes the harmonics she uses in her music, as being a Divine Gift of Love for humanity. She says: “At this crucial time in our evolution as we cross the threshold into a New Age, the high-vibrational, healing frequencies carried within these songs, help us to adapt to the major change in consciousness occurring on our planet.”

USA Reviewer Michael Diamond says, “Lia’s sacred sounds have a mystical air about them, reminiscent of songs heard in movies like Avatar or Lord Of The Rings.” Lia reports that many people do indeed ask her about the ‘Language of Light’ that accompanies her melodies. She says that guidance from Spirit revealed to her that this language  is the original language from which all language sprang…that it is the root of all language. Listeners of different nationalities seem to confirm that this is so, reporting that they recognise words from their own mother tongue – Arabic, Hebrew, Italian, Greek, Japanese, and more. Lia suggests however, that we should resist any need to translate this language, rather let the vibration of the sounds wash through our being. She believes the melodies and words of the Sounds of Sirius can bypass the conscious mind and speak directly to the soul.

When asked about her music’s connection with Sirius. Lia said, “Science has opened up the possibility of worlds beyond our own, and many of us are now stirring to the remembrance of our Starseed heritage. The star system Sirius was revered by many advanced, ancient, civilisations such as Atlantis, Lemuria and Sumeria. In Egypt, Sirius was considered the gateway to all that is sacred and was connected to the Goddess Isis.” The channel Lazaris calls Sirius ‘The vortex of the Goddess’, saying “It is through the gateway represented by the brilliant blue-white star Sirius, that all energy enters your universe – the energy that is your very Soul and Spirit, the energy of your Higher Self’. “The energy carried within my music” states Lia, “is the nurturing and all encompassing love of the Divine Mother. The Sirius and Divine Feminine connection therefore feel quite real to me.”

Since that first album in 2002, Lia’s Sounds of Sirius catalogue has grown to include thirteen albums. In 2010, the catalogue was introduced to the United States and Europe, to immediate international acclaim. Zone Music Reporter USA wrote, “It is hard to believe that any terrestrial being would not respond to this sacred sighing.” and Reviewsnewage.com of Spain said “Lia’s voice is spectacular –  it reaches right into the soul, She helps the listener to achieve a state of absolute well-being and inner peace.”

In tandem with her recording work of the past ten years, Lia’s musical and spiritual journey have drawn to her, many amazing experiences. Her love of crystals, and the Crystal Skulls in particular, have seen her work in some of the world’s most sacred places…the magnificent Pyramids of Mexico, the snow-capped beauty of Mt Shasta, the powerful red desert rocks of Sedona, the giant monolith of Australia’s heart centre Uluru, and have led to the re-discovery of her own ancestral Celtic heritage, in the monasteries and Stone Circles of ancient Ireland and Great Britain.

The same year her first album was released, Lia moved with her husband from Sydney to the shores of the Great Barrier Reef, Far North Queensland, a place she describes as, “as close to Paradise on earth as one could possibly imagine. Surrounded by the mountains, the sea, tropical vegetation and exotic wildlife, I am reminded daily, of the fruits and blessings of Mother Earth.”

“…the crown jewel of vocalist Lia Scallon’s career. In all my years of reviewing music, I can’t think of anyone who sounds like her. She is unique.”

“An elegant and magnificent album, ‘The Luminous Pearl’ is a journey into a destination beyond language as we know it, to a place of beauty and spiritual fulfillment that captured my heart from the first moment it began to play. This album completely transformed my day, helping me reach a place of tranquility and peace.”

And from Alejandro Clavijo of ReviewsNewAge.com (Europe)

“It’s as if four enormous walls come down to shield us from the aggressiveness of modern times, and the sky opens to illuminate our ideal world…That’s how I felt on hearing the incredible new release by Lia Scallon, which is undoubtedly the best work of her career.  The Luminous Pearl is a stunning album…The Luminous Pearl creates dreams!”

Song of the Sidhe, released in 2018, was another new departure in the artist’s ever-evolving music catalogue. Best described as a concept album, it is a call to humanity from the mystical Celtic Faerie Folk, the Sidhe, (pronounced Shee). The album was  showered with multiple awards and nominations, including Best Music Meditation Album in the Clouzine International Awards; two Silver Medals in the Global Music Awards, for Best New Age Album, and Best Female Vocal; winner of Best New Age track and Best Spoken Word track in the Global Peace Song Awards; and Finalist for Best New Age Album in the One World Music Awards.

“Trying to encapsulate in available words, the magic that is contained in this album is impossible. Powerful but also sublime, the music and vocals are beguiling in their beauty.”

“Celestial songstress Lia Scallon, long acclaimed for her unique vocals, visits the world of the People of the Mounds, on her new Celtic foray, in which the secrets of the Otherworld are revealed on eight tracks of ethereally blissful, haunting and breathtaking music. This is a record that you can put on and just disappear in the music, whether you be human or fairy-folk.”

And Steve Sheppard of One World Music Radio (UK/Europe) wrote:-

It is the fulfillment of one of Lia’s most dearly held dreams that her sacred songs can now reach many more people globally. As the conduit for the Sounds of Sirius, she believes that each note and word of her music is imbued with the gift of pure Universal Love. Her sacred songs are intentionally designed to weave an irresistible cocoon of deep calm and peacefulness around the listener. It could be said, that Lia’s music is calling you ‘home’.