Illita Singer of the Songs 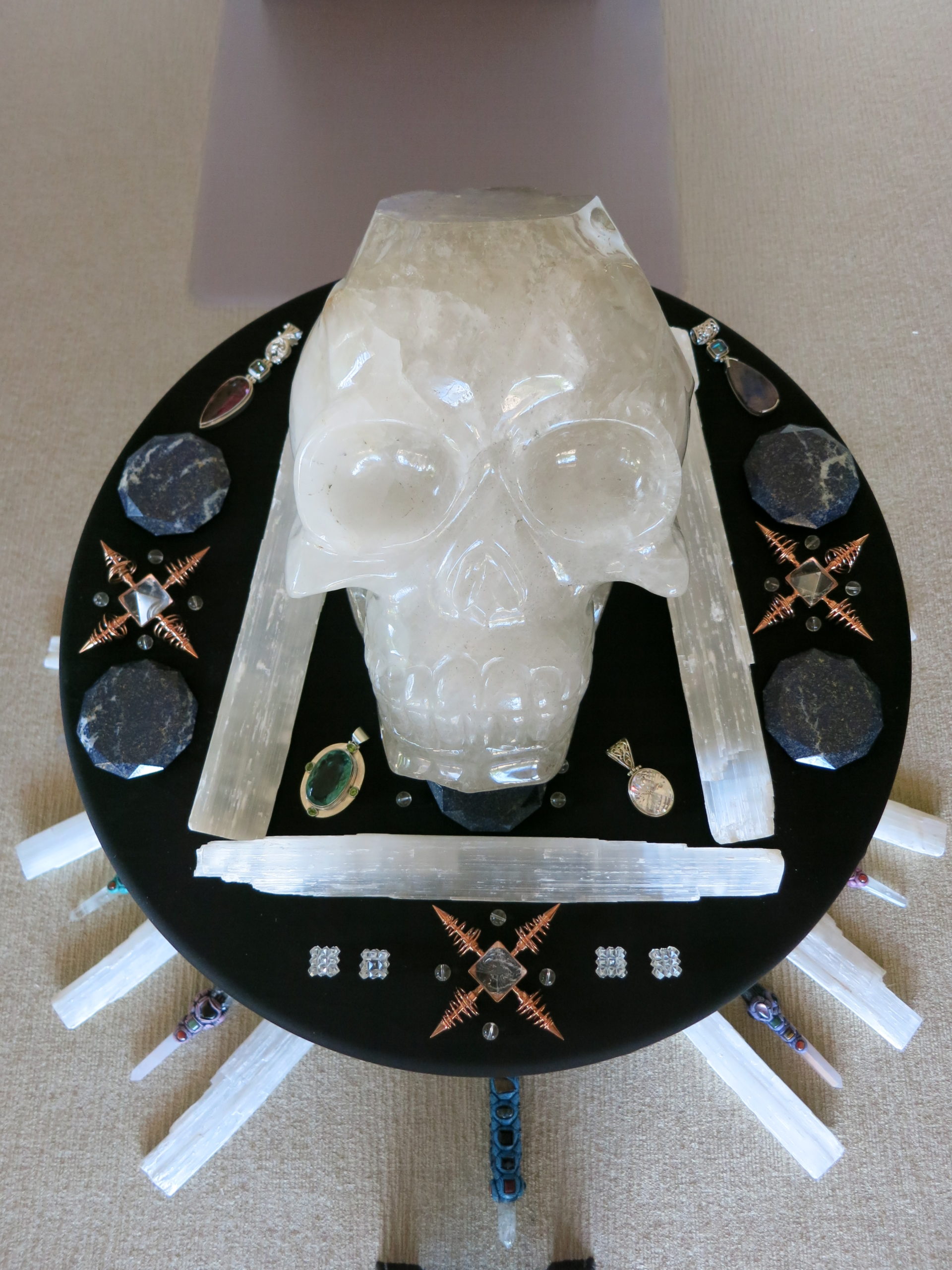 Illita Singer of the Songs

When crystal carver Leandro De Souza sent me a picture of a skull he had carved that was causing him to cry every time he passed her, he said, “Can you tell me… Who is this?”

When my eyes feel on the skull I did something I’d never done before. I grabbed a pen and began to bring through a message in automatic writing from this powerful crystalline Being.

The message was as follows:-

“My name is Illita, Singer of the Songs
I am the one from the Yerosnos Planet of the Void
I come here to assist the frequencies of Love to anchor.
I am a Seed of Light, a Ray of Hope
I am the Essence of Love itself,
And none who gaze upon me shall remain untouched
By the gentle sound of Love that my body emanates.

Present at the Seeding of this Planet
Not long after Illita came into my care, some friends of mine came to visit with a medium friend of theirs who brought through some incredible information about Illita.

“She was instrumental in us being here – instrumental to our lineage on this planet. A decision was made that was programmed into our DNA. That is now being re-programmed again. She has also worked, and is working, with the Pineal.

He said, “I am getting the word Australopithecus”. (When we googled this word later, we discovered that Australopithecus is a collection of hominoid species that existed in Aftrica from 4.18 to about 2 million years ago, from which the genus Homo, including modern humans, is descended. Along with the article was a picture of a skull with huge eye sockets just like Illita’s!)

“I’m getting water, the water energy of life. It’s the water in the embryonic sac…it’s the heartbeat that the embryo hears. It’s Motherhood. This is what she’s about. It’s beautiful.

She has fertilized many planets, she and her offspring. This has happened many times. There are about five constellations that they are involved with.

She’s got a lot of love for you…she loves your singing. She’s also indicating that we should use instruments in addition to the singing, either organs or pianos. Her favourite one is the harp.

She has cried many tears here for us. She says that as a race, we have no idea as to how we fit into the cosmos. She says the ‘bicameral mind’ has changed. The mind of us was different thousands of years ago because we connected to the cosmos. We knew how to connect. Now we are coming back to that. The crystal inside the Pineal gland is getting larger and that is our activation as well.

Picking up a piece of crystal I had sitting beside Illita, he asked, “Is that Selenite? She loves it!”

Reading these messages about Illita again, brought through Greg and myself, it’s not surprising she wished to come out of seclusion to work again at this time. We are surely in the Grand Shift of the Ages, a time when it is critical for us to make that reconnection to the Cosmos once more.

My experience has taught me that Crystal skulls are the earthly vessels for highly evolved Beings from other dimensional realms to connect with us here on the Earth Plane. As one who it seems, was instrumental in the seeding of this planet, Illita is once again offering us her assistance.