There are different types of channelling and different ways in which an individual can be used as a channel. Some channelling for example comes through automatic writing or the creation of music; others may tone or speak the information presented in the moment.

There are also different levels on which the channelling takes place. A full trance channel is someone who loses consciousness of present time and may become the sacred vessel, as it were, for the other-dimensional energy to come through. These people usually have no recall of what took place, the information being recorded by others present.

Edward Cayce, the famous ‘Sleeping Prophet’, was such a trance channel. Cayce is considered a modern day seer – a visionary who brought through information on ancient civilisations such as Egypt and Atlantis as well prophecies for the future, many of which have come true. He was also a powerful instrument of healing for hundreds of people all around the globe. When in the state of trance, he appeared to literally visit the patient in their location. He would give specific information about their condition with suggestions for the course of treatment, which were often at odds with current medical opinion or their existing treatment. Time and again his diagnosis was proven correct and people were miraculously healed.

A ‘conscious channel’ is someone who remains more present in the three dimensional reality while they are channelling. They seem to exist, for that moment, in two realms – the open vehicle for the energy coming through whilst still aware of their current surroundings.

Lia is a conscious channel. As the beautiful melodies and Light Language of the Sounds of Sirius flow through her, she is still largely conscious and present.

“It is hard to explain in words”, says Lia. “Part of me seems to be separate from my physical body and in a different dimensional reality, and yet I am aware of my surroundings enough to be able to move around albeit mostly with eyes closed. The purity and gentleness of the energy pouring through me for the person or group present, is often so powerful that tears flow down my face throughout. It feels like an infinite river of pure love flowing through me, towards the receiver.

Very often it is the presence of the Divine Mother that I feel coming through me. I see her holding the person in her arms with complete unconditional compassion and understanding. She comes to nurture them, to soothe them, and to awaken remembrance within them of the beautiful Being they truly are. I feel it an enormous privilege to be the vehicle for such pure Love, which seems to touch people to their very soul”.

Much valuable information has come from other realms in the form of automatic writing. Messages and books can seem to write themselves, as the information flows through the channel’s pen. A particular Spirit Being or group of Beings will often be the voice within the material, bringing a strong message of love and support for humanity and advice on how to raise one’s consciousness.

Paramount for those who have a facility for channelling, is the need to be aware of the nature of the energy that is coming through. There is always choice and at all times one should ask if the energy is ‘of the Light’. If it is not it must be commanded to leave, and it is a law of Spirit that it must do so. Care and integrity must be observed, as even the most experienced of channels may be a target of obstructive energies.

We are living in an exciting time in the history of this planet. We have entered a New Age, and humanity as a whole is shifting in consciousness. There are many Teachers and Ascended Beings in higher dimensional realms who wish to offer assistance with this process. They come with the reassurance that we are not alone in this Universe. Incarnating onto the Earth plane has meant until now, a state of unconsciousness or forgetfulness of where we came from – a state of separateness from all other things – a state of limitation.

Many channelled messages tell us that a new dawn is upon us, and that the ‘illusion’ of separation is now coming to an end. We are moving towards the realisation that we are indeed part of the All That Is. 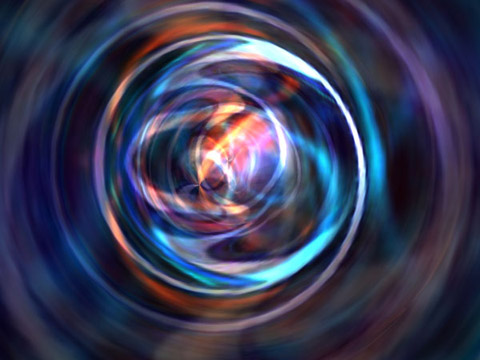 Lia Scallon For almost 20 years, the unique, otherworldly vocals of award-winning Composer/Singer Lia Scallon, have been transporting listeners to that sanctuary within the heart, where they can connect with their own wisdom and ability to heal. Lia’s music defies easy definition. The power of her sacred songs and accompanying ‘Language of Light’, belongs to the realm of Spirit. Many say the music reaches deep into their soul, triggering remembrance of their life’s purpose. Inspirational and transformative, yet profoundly soothing to body, mind and spirit, it could be said that the ‘Sounds of Sirius’ are calling you ‘home’. Lia’s three most recent albums – Crystal Keys, The Luminous Pearl, and Song of the Sidhe, have all received worldwide recognition, and been honoured with multiple awards.