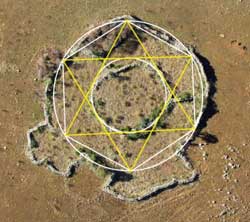 Until now, scholars have told us that the first civilisation on Earth emerged in a land called Sumer some 6000 years ago. New archaeological and scientific discoveries show that the Sumerians and the Egyptians inherited all their knowledge from an earlier civilization that lived at the southern tip of Africa more than 200,000 years ago.

Scientist, explorer and author Michael Tellinger has become an authority on the origins of humankind and the vanished civilisations of southern Africa.  Apart from connecting the dots between vanished ancient civilizations in southern Africa and the advanced knowledge of the laws of nature that they left behind, on of the central tenants of this to this fascinating Tellinger video presentation, is that SOUND is the basis of EVERYTHING!