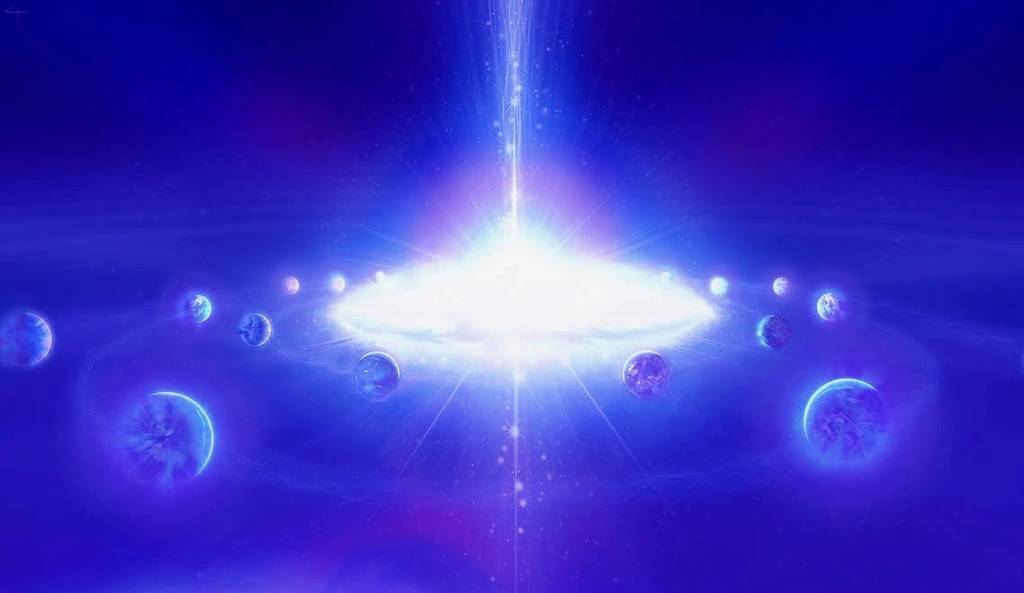 Over the past few weeks, I’ve received a flood of messages from Lightworkers across the planet about the importance of the upcoming Equinox on March 21st. Many are heralding it as a landmark moment for humanity. What lends credence to this for me is that, back in December last year, when a friend from Singapore contacted me to say she’d like to visit me in late March, my immediate response was to suggest that she change her dates to be here for the Equinox. Although I had no knowledge then of the potency of the date, I promised her that I would do an event with the Master Skull Solar to mark the occasion. I should mention that it’s no small thing to organise an event with ‘Solar’. At 33 kilos, moving him presents something of a logistical challenge!

Since then, I’ve discovered is that March 21st Equinox is a powerful 3.3.3 Triple Gateway – one of 4 Triple Gateways in a month of extraordinarily intense energy with increased solar activity. It is also a full moon – a supermoon in fact – so everything we experience on that day will be amplified exponentially.

I have noted some common themes in the channelled messages; 1) this Equinox Gateway has the potential to kick start a whole new way of being; 2) it will bring a potential rise in consciousness that could trigger the Golden Age of the prophecies; 3) a great Solar Flash is imminent in the form of transformative Gamma Light waves. The following are some excerpts I feel it’s important to share with you:-

Lauren – Think with your Heart
“March will be a very pivotal month…one that has a real sense of exiting much different than we enter…it has the potential to be one of the most soul affirming months, maybe ever. Overall, this month is presented as the bridge we all must walk over to enter the Heaven on Earth era of divine co-creation…our window to dream a brand new Dream for ourselves. According to my Sources, this will be a time of connecting dots like no other…major puzzle pieces falling into place, intuitively and otherwise…as it pertains to our highest purpose for this lifetime.” 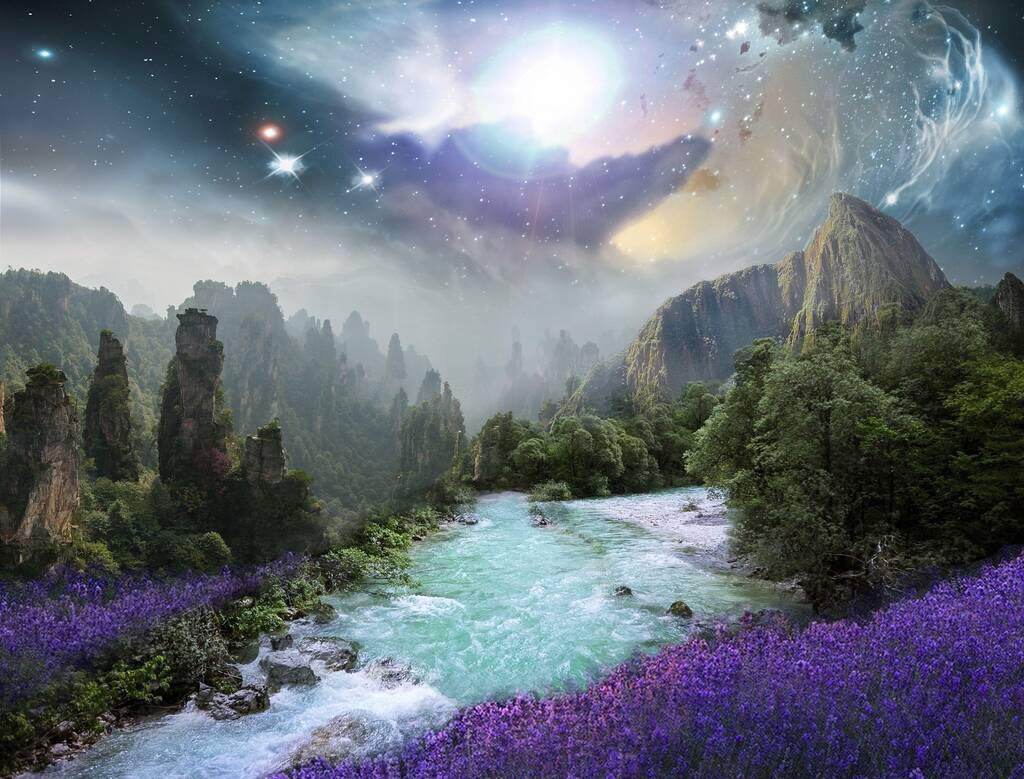 Lori Spagna
“We are in the midst of a massive energy influx coming in from the higher realms, from our star families who share our galaxy, as well as from dimensional realities beyond our galaxy. The progression of these wave like energy patterns are conscious and purposeful; they represent the will of The Divine as it relates to the overall Shift of Consciousness, and The Ascension Experience for ALL Beings to awaken.” 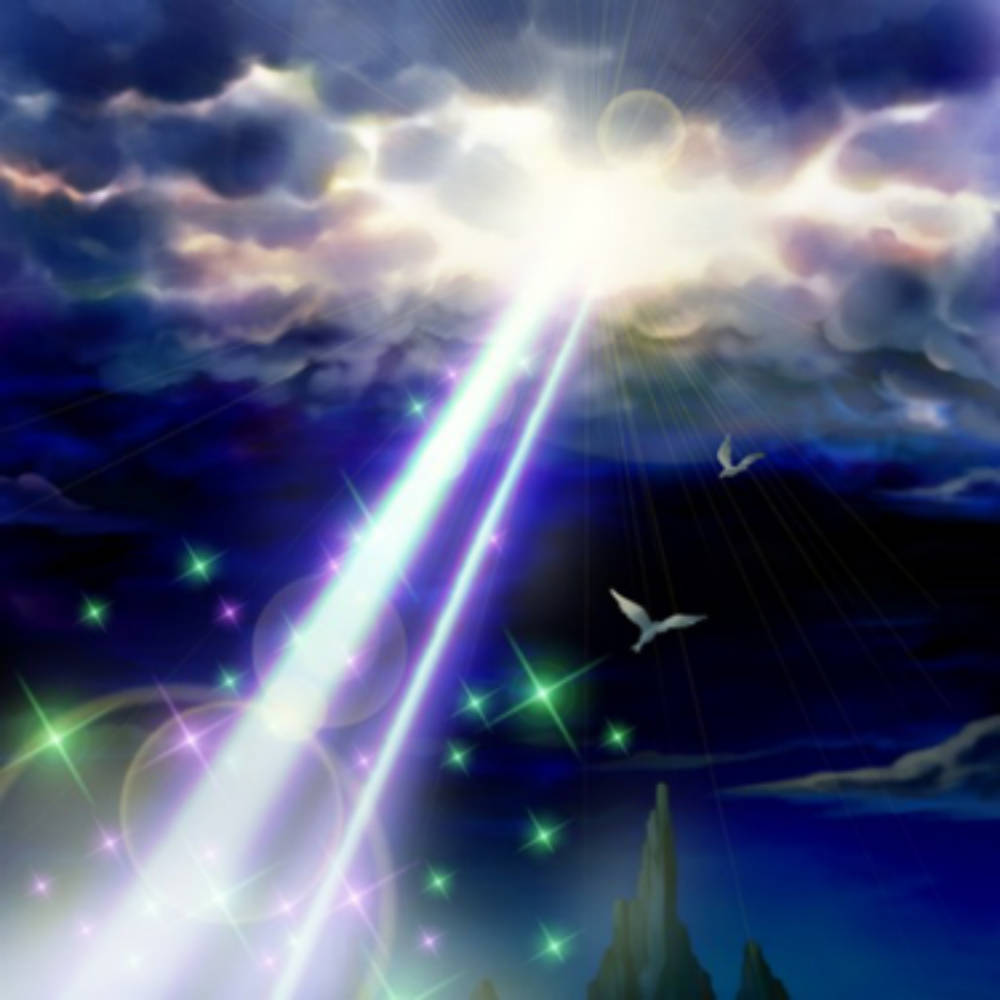 Maureen Moss
“And so it is, on the day of the Equinox, a powerful, Inter-Dimensional Gateway opens….our entire existence takes on New Life…by which we are able to make a clean break from the random, erratic and chaotic Matrix…for our Soul to begin descending deeper into our physical bodies, far beyond any other time in human history…and far beyond imagination.”

Message from Asthar via Galaxygirl
“It has been said many times that a great Solar Flash is imminent. This is true. It is a gigantic energy pulse of pure love and light from the heart of your universe, from your Great Central Sun. There are many central suns, there are many universes. Your understandings of space and time will have to be tutored to catch you up to speed. It will greatly assist you when you are able to be fully functional with your DNA, online after the Flash. That will help you understand, for you will remember much more than you do now. We know that it is an intense time to be embodied and so we send you a healing ray of love and light now. Breathe it in.” 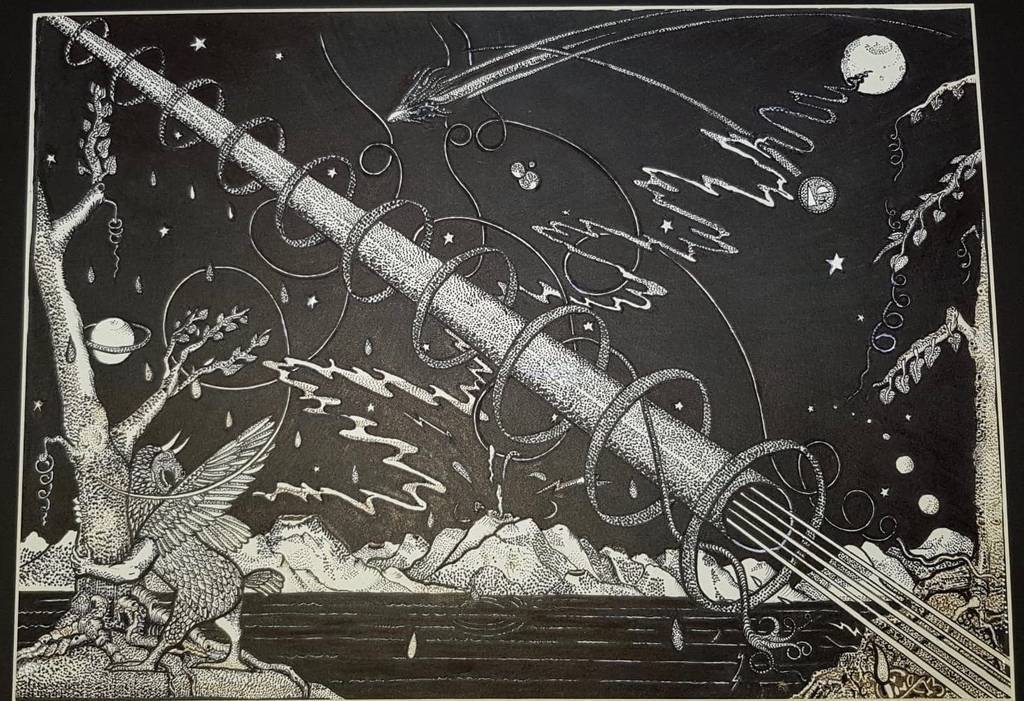 Message from The Pleiadians via Michael Love
“Advanced Angelic Benevolent beings have returned to earth to assist you… they have returned to open a magnificent stargate called The Grand Portal, for beings to move into the fifth dimension, and heaven on earth!The Grand Portal refers to the irrefutable scientific discovery of the human soul…it is also a literal event.This Grand Portal is what we call ‘The Event’ and all the Forces of Light are working to bring enough Gamma Light to earth to open this gate!This Grand Portal event is the true beginning of the Golden Age and it is imminent…the Light that will be released around the Grand Portal opening is referred to as the Solar Flash and it signifies the end of the Kali Yuga.

This great event…is already happening. The Grand Solar Flash is also underway. It is best to think of it as a series of Plasma Light waves, rather than a flash. The apex of this series of Light Waves will culminate on the 21st of March 2019. This Grand Solar Flash originates from the Central Sun at the Galactic Core.The March Equinox Solar Flash Portal will allow high-vibrational Gamma-Light-Data to pour into the earth and into your auric fields where it will be carried at once into your DNA. Your cells will be instantly re-coded to a higher order, and your bodies will therefore be able to process a much more advanced level of cosmic data and will also cause your surrounding matrix reality to morph into a higher New Earth/Heaven frequency.” 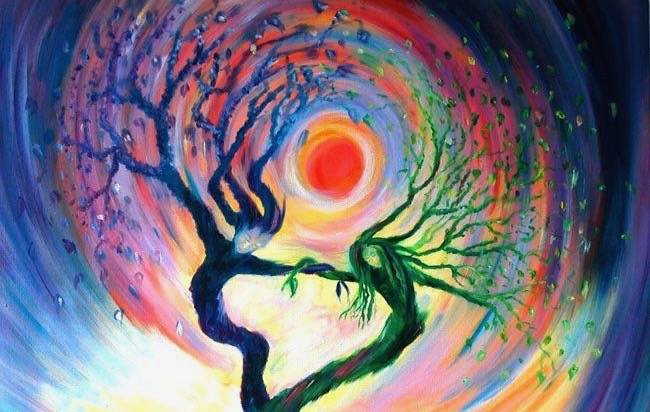 Fantasy or Truth?
‘Woo-woo’ as some of this may sound, there are things contained within these messages that sort of shocked me into attention because of their direct resonance with a particular aspect of my own work.

Six years ago in 2013, I received very strong guidance from Spirit to mount a tour of Australia called the Sounds of SourceTour. I was asked to make myself available to transmit transformative sound frequencies from Source, to help people adapt to the physical, mental, and emotional challenges resulting from the massive increase in Solar flares and geomagnetic activity pouring into our planet. 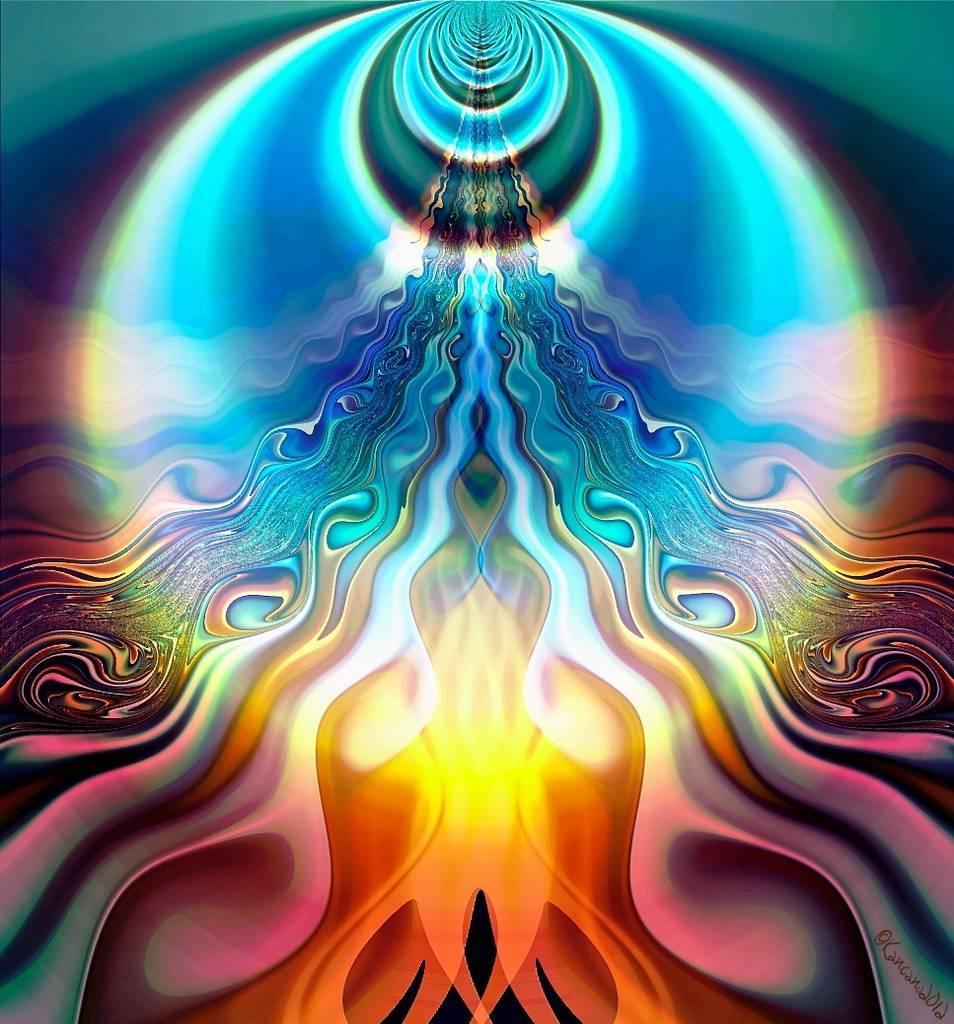 Some Scientists like Dieter Broers (‘Solar Revolution’) believe that the current increase in solar activity could potentially trigger an evolutionary leap for humanity. There’s compelling evidence to suggest that high levels of solar activity have have been the catalyst for some of our most innovative and creative discoveries, and that increased solar activity may actually enable us to access the enormous, untapped potential of our brains. 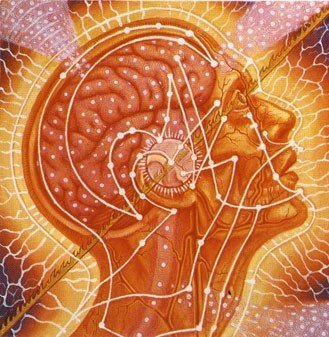 It’s a double-edged sword however. The flip side of the coin for some, is an increase in depression and mental imbalance. Hence the need for the Sounds of Sourcetransmissions, to help people anchor and stabilise these incredible new energies into their bodies, without the negative impact. 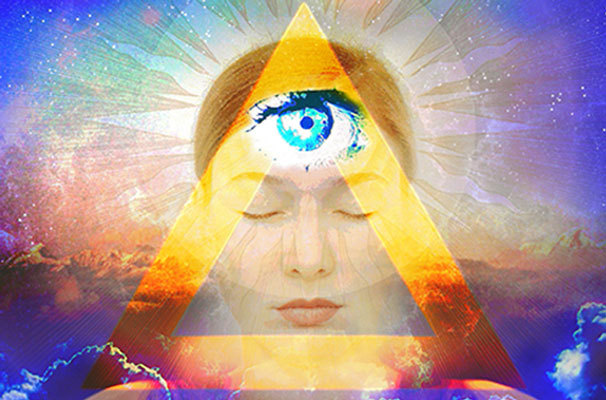 Le Grande Duche
At the inception of the Sounds of Source project in 2013, the Light Language messages from my ‘Team’ took on a whole new energy. The words ‘Le Grande Duche’ and ‘La Groupa’ featured constantly, accompanied by a feeling of excited urgency. I interpreted the words ‘Le Grande Duche’ to mean ‘The Grand Event’. The over-riding feeling was that with this tour, I was being urged to ‘Gather the Group together for the Grand Event’. I shared this in an article for my website back in 2013. https://www.soundsofsirius.com/sos/ 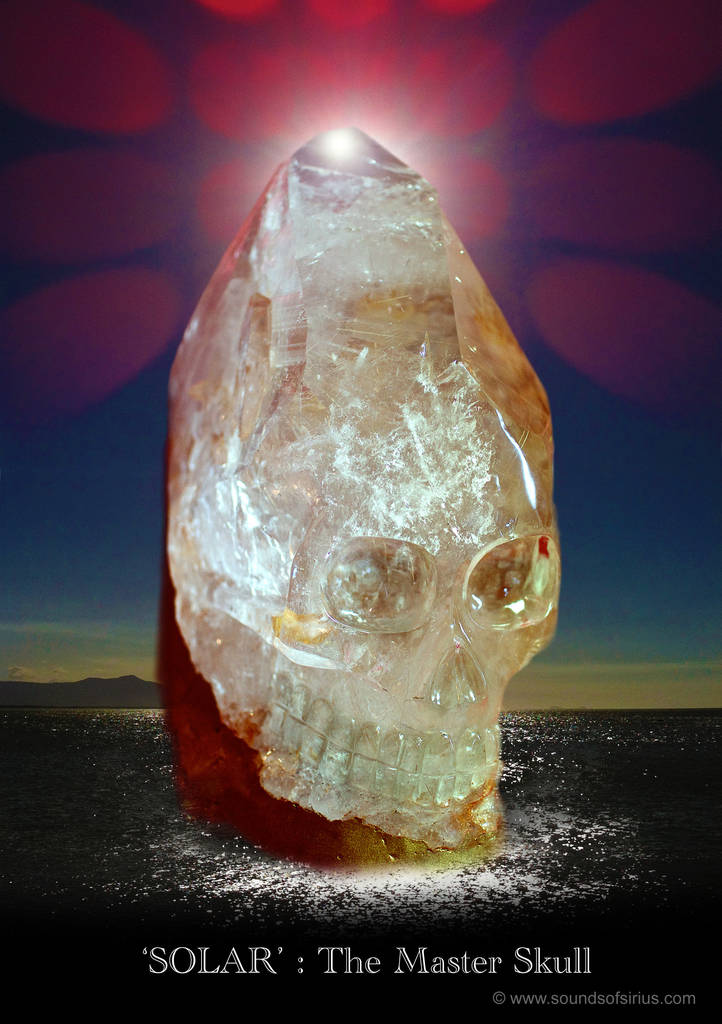 The Master Skull Solar
Intrinsic to this SOS project was the energy of the most significant Crystal Skull in my keeping – ‘The Master Skull Solar’. It’s no accident I think, that ‘Solar’ came into my life in 2012, just six months or so before I was asked to mount the SOS Tour! ‘Solar’ is an incredible Being who has demonstrated that he himself is an inter-dimensional Gateway. Extraordinary Light phenomena have appeared in and around him in photographs, and many people have had otherworldly experiences in his presence. 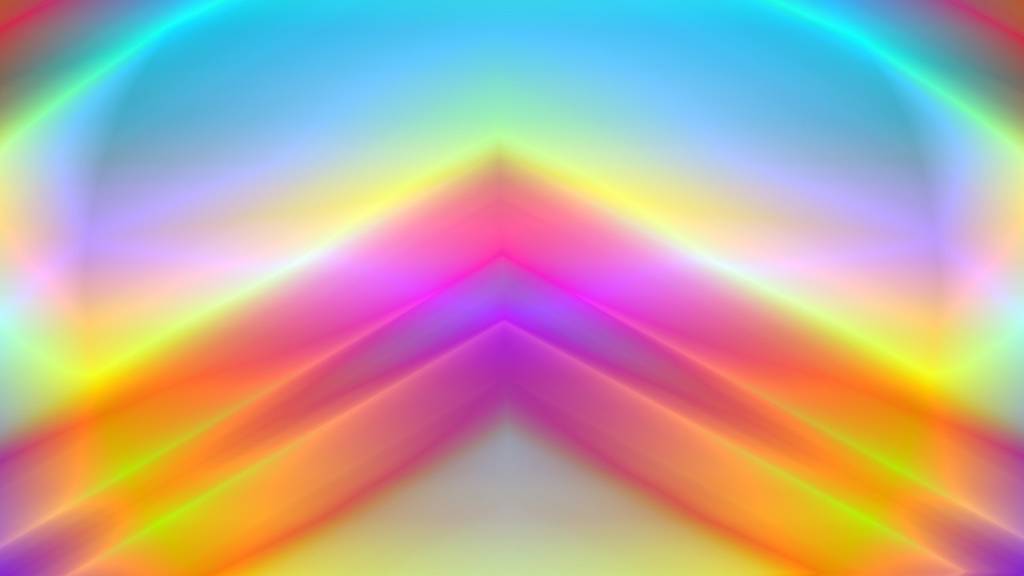 March 21st Equinox Event
In December 2018 as promised, I immediately initiated plans for an event with ‘Solar’ on the March 21st Equinox. My first instinct was to make it a public event but my ‘Guides’ had other plans! I was told to make it a small, invitation only gathering at my friends Wendy and Clive’s beautiful Enuma Elish, New Earth Healing Sanctuary in Ravenshoe. 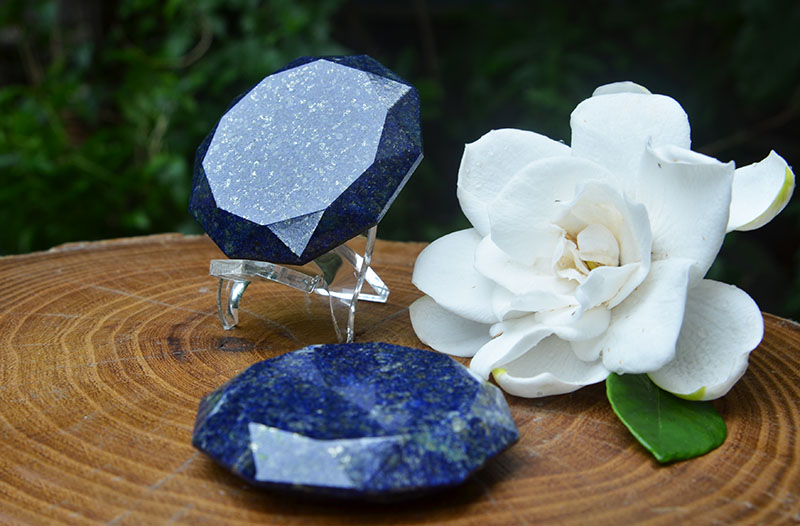 Our Equinox Crystal Grid will incorporate the SOS Source Stones.

A vital aspect of the Sounds of Source project, was the creation of the SOS Source Stones, whose purpose was to assist people in assimilating the high frequency ‘Sounds of Source Transmissions’. A set of 5 larger Master Source Stones were created for gridding the ceremonial space, to ground and anchor the transformative frequencies being transmitted, for those present. I was shown that as more and more people across the globe acquired their own personal Source Stone, a unique sacred Indigo-Ray crystalline grid of Light would be created that would continue to strengthen over time. I believe this has indeed come to pass.

For our March 21st ceremony, I’ve been instructed to have all the current, available Source Stones present. The purpose of this is 3-fold. 1) our group will need the energy of these Stones to help anchor and align to the powerful influx of energies 2) the Stones will be imbued with the new Cosmic energies for their future caretakers 3) to facilitate the exponential expansion and strengthening of the new sacred Indigo Grid of Light.So, I urge you, if you are already the caretaker of an SOS Source Stone, please carry it with on the day, meditate with it, tune into the SOS sacred Indigo Grid of Light, and ask that it support and assist you in assimilating the powerful Equinox energies being downloaded on March 21st. 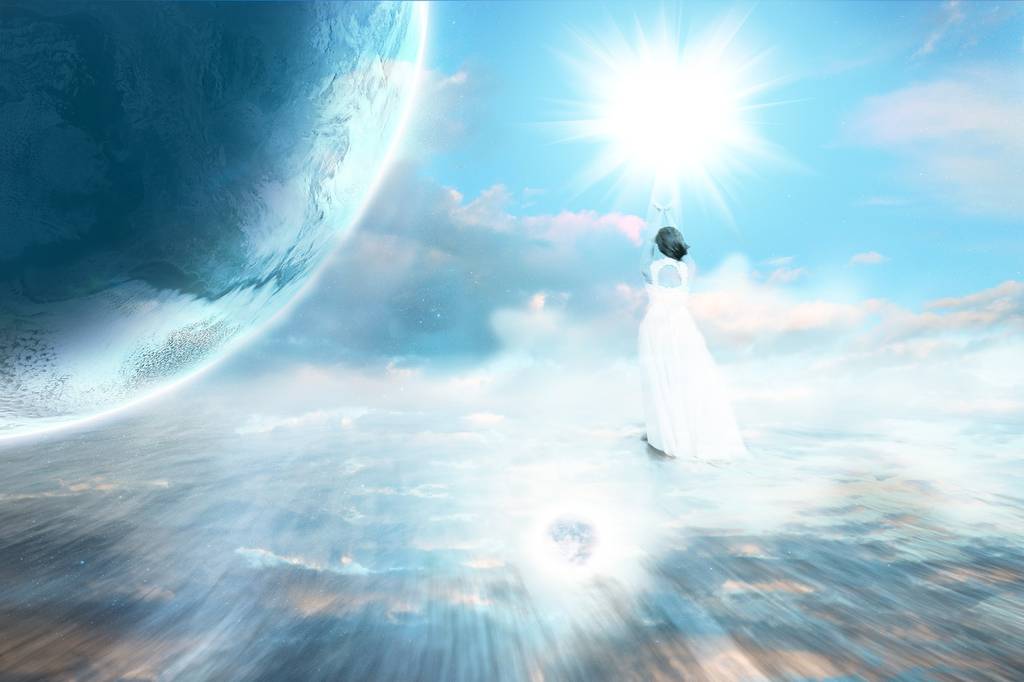 I know I’ve gone into some detail here my Friends, but the importance of this upcoming Equinox is such that I feel compelled to share what I know about it. If you have read this far, I guess the information will likely be important to you. Others may have switched off by now, and that’s okay too! One thing we can safely say is that each and every person’s journey is unique and is unfolding in concordance with their individual soul’s destiny.

I do hope that you will feel called to join us in Spirit on March 21st. Two groups I already know of – one in Arizona and one in Australia – will be connecting with us as we sit in ceremony at the top of the mountain in Ravenshoe with ‘Solar’. I hope that after you read this, there will be many others too!

Whatever way this special March 21st Equinox unfolds for you, may you be showered with Blessings. I hold the hope in my heart, and in the deepest recesses of my soul, that the energies of this day will carry with them the Transformation, Freedom and and return to Love and Sovereignty that we all dream of.

May the gifts of Self-Love, Joy and the realization of your own Divinity reveal themselves to you from deep within, now that we have entered the New Age of Wisdom. Let us make a vow to ourselves and to each other, to embrace all that we are, and all that we are becoming.

With Love and many Blessings
Lia 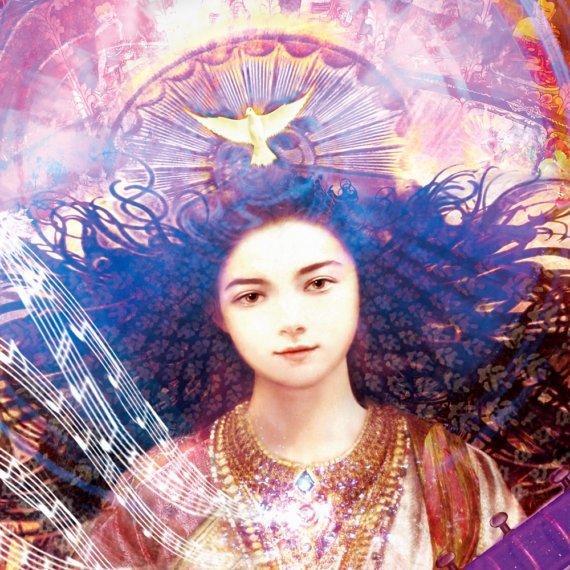 ‘Song of the Sidhe’ has two nominated tracks in the The Peace Song Awards.
I would really appreciate your vote, and that your Family & Friends too!
Voting is very easy.All you have to do is ‘Like’ the post  for the song.
NB:  Please click on both links below, to place your vote for the two individual tracks!
BEST NEW AGE MUSIC FINALIST
Lia Scallon – ‘The Faerie Portal Opens’
VOTE NOW